BIMCO has produced its own ship sale and purchase agreement - SHIPSALE 22 – with the aim of making the authoring, negotiation and execution process faster and simpler, and to provide the market with a modern and comprehensive alternative to existing sale and purchase forms.
For the first time, BIMCO has produced its own ship sale and purchase agreement. The project has taken the standards organisation just over two years to complete, involving a drafting team of nine industry specialists who provided broking, legal and commercial expertise. The process has also included an extensive industry consultation that provided the drafting team with over 800 comments and suggestions on the draft agreement, ultimately resulting in a standard Memorandum of Agreement that closely follows the typical chronological sequence of events that play out in an S&P transaction.

The agreement consists of four parts of which the first section summarises key information such as the details of the ship, inspection, and the purchase price. The second section contains the terms and conditions of the agreement in an easy-to-follow structure and the third deals with documents to be provided plus the protocol of delivery and acceptance. The fourth section is where any items that are excluded from the sale should be listed.

“With SHIPSALE 22, the team has focused on drafting an agreement that is clearly written and will need far fewer amendments and additional clauses compared to other standard sale forms. This will make the negotiation process faster and simpler and ultimately saves users time and money,” says Francis Sarre of CMB who headed the project team.

Despite being a new and more modern agreement, it retains the necessary familiarity for users transitioning from other forms used for buying and selling ships.

Where can I find SHIPSALE 22?
SHIPSALE 22 is now available to download as a “sample” PDF together with guidance notes

Contact online
BACK TO: News & Trends NEXT: Early results of Manpower surveys: most seafarers content with life at sea 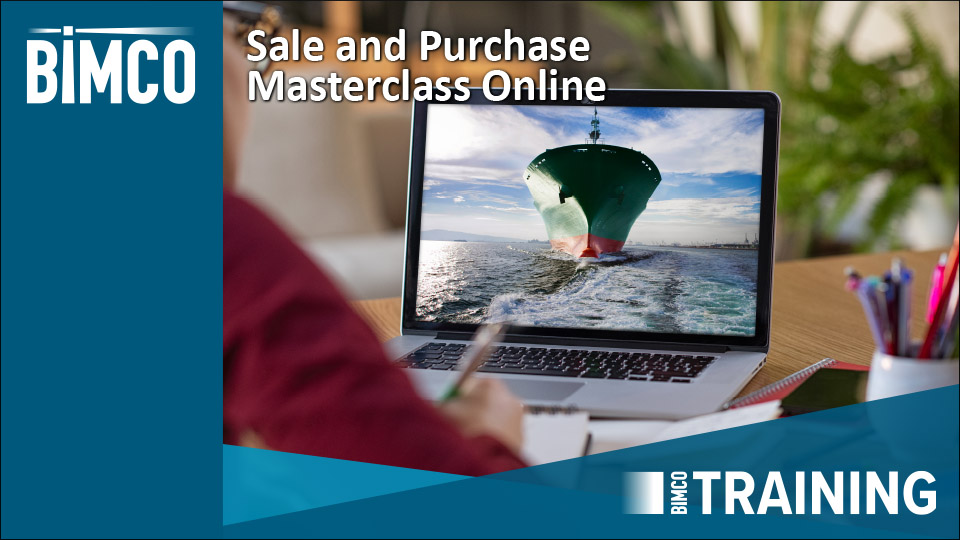 The Sale & Purchase (S&P) Masterclass Online is a series of 10 online sessions delivered over 5 days. Each day will run for 120 minutes with a short break in be...
More info