Who is responsible for accounting and reporting a ship’s emissions? 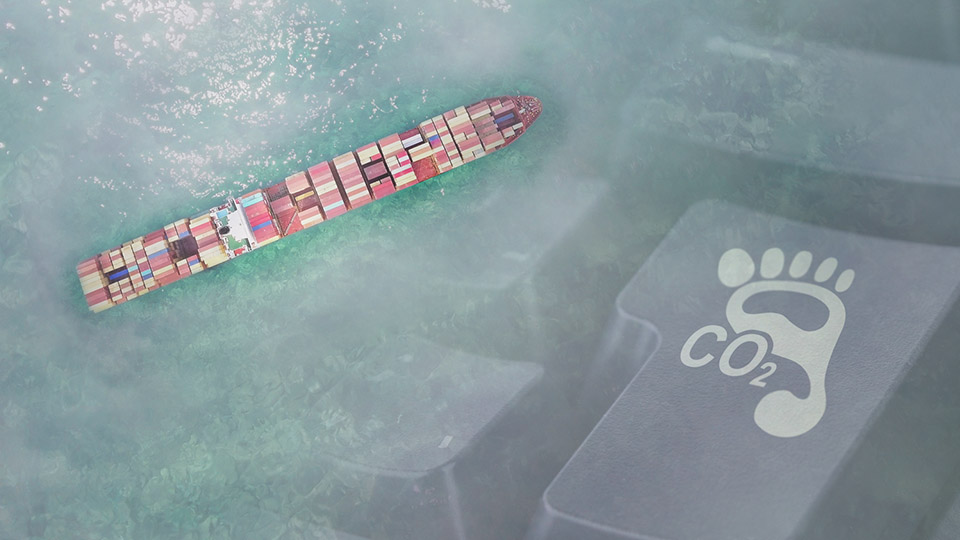 Who is responsible for accounting and reporting a ship’s emissions?

Countries and corporations are working to reduce their greenhouse gas (GHG) emissions. This also applies to the shipping industry through the strategy on the reduction of GHG emissions from ships from the International Maritime Organization (IMO). To do this, charterers and shipowners must account and report emissions for ships under their control.

To help companies the GHG Protocol has established the world’s most widely used standards to account and report emissions. However, this framework of standards has not been designed for specific use within the shipping industry and based on request from our membership, the BIMCO secretariat has explored the emissions accounting challenges when ships are operated under different forms of charter.

“Scope emissions” can be defined as the categorisation of GHG emissions into four distinct groups, namely scope 1, 2 and 3 as well as “outside of scopes” (used by some countries) to facilitate universal international accounting and reporting.

In relation to accounting and reporting of GHG emissions in shipping the following definitions are most relevant:

Scope 1 emissions, or direct emissions, are GHG emissions from the sources that are owned or controlled by the reporting entity. For all industries, including shipping, this refers primarily to emissions from fuel consumption.

Scope 3 refers to all indirect GHG emissions from all sources, whether upstream or downstream of a value chain, and which are not owned or controlled by the reporting entity directly. This includes, but is not limited to:

For shore-based industries the corporate GHG standard distinguish between the responsibility for accounting and reporting scope 1 emissions based on whether the source is owned or controlled by the reporting entity. However, when applied to shipping this principle introduces some ambiguity in relation to the contractual business practices.

After conferring with the members of BIMCO’s Marine Environments Committee, the following is suggested regarding reporting of GHG emissions for the various common charter arrangements used today:

For shipping the guiding principle for GHG accounting and reporting should be that the entity paying for the actual amount of fuel used should account for emissions under scope 1.

Using the guiding principle mentioned above for ships on voyage charter, the responsibility for accounting and reporting of scope 1 emissions rests with the shipowner. Under a voyage charter the shipowners provide and pay for the fuel. They estimate the cost of fuel for the voyage and build that amount into the freight payable per ton of cargo carried which the charterers pay to the owners. The shipowner pays for the actual amount of fuel used.

For ships on bareboat charter, the charterer has taken over full control of the ship. Thus, the responsibility for accounting and reporting of emissions under scope 1 rests with the bareboat charterer as if they were the actual owners.

In many cases a ship operates under what is known as a “charter party chain”, meaning that the charterer who has chartered the ship from the shipowner subsequently have sub-chartered the ship to another charterer who is controlling the ship. It must be ensured that a complete and accurate picture of emissions based on each individual activity (voyage) is obtained.

However, the standards for accounting and reporting allows several entities to report the same emissions and avoid double counting through the provision of the scope 3 category. Whilst scope 3 reporting is not compulsory it is being increasingly adopted by many industries.

The two following examples illustrates the accounting and reporting for ships operating under charterparty chains:

Why scope 3 is important

Even though scope 3 emissions are not mandatory to report it is important to include them. Compulsory accounting and reporting of scope 1 emissions can only provide information on the fuel used in operations. Assessing the entire value chain by accounting and reporting of scope 3 emissions is beneficial because it is likely to lead to collaborative ways to improve efficiency and reduce environmental impacts.

It also allows the modelling of future scenarios which could for example include transition pathways for alternative fuels. In turn, initiatives by large retailers to incorporate their scope 3 emissions will help the shipping industry move towards a sustainable future.