As an additional aide to the advice promulgated on 9 February 2018, BIMCO urges all members to note the guidance and advice contained in the following security notice for ships operating in the Gulf of Guinea region.

Piracy in the Gulf of Guinea: Additional guidance for ship operators

Further to the Joint Industry Alert on Piracy in the Gulf of Guinea (released 9 February 2018), this guidance aims to reinforce currently available sources of information and additional material specific to the protection of ships operating in this area, to ensure ship operators are aware of the range of measures to enhance security in the Gulf of Guinea.

Attention is once again drawn to ship protection measures outlined in BMP 4, and also the 2016 edition of the Industry Guidelines for Owners, Operators and Masters for protection against piracy in the Gulf of Guinea region. 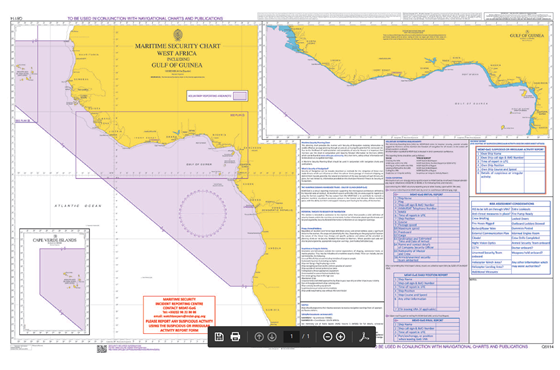 The use of Privately Contracted Armed Security Personnel (PCASP) on board ships in this region is strictly prohibited. However, Government Security Forces (GSF) can be utilised in some States’ waters providing their use is compliant with local laws.  For example, the Nigerian Navy authorise the use of armed naval personnel that can be deployed only by Private Maritime Security Companies (PMSC) that hold a current memorandum of understanding (MOU) with them. These armed Navy guards are not permitted to be embarked on board merchant ships but can - under the terms of the MOU - be deployed on board patrol boats owned and operated by the PMSCs holding the MOU (these patrol boats may then be used to provide an armed escort to ships transiting Nigerian waters). The current MOU in Nigeria is in the process of being reviewed, but an administrative extension has been granted to cover the interim period.

To highlight the scale of the current problem in this area the following extract from the IMB Piracy Reporting Centre (IMB PRC) is reproduced for information:

Within a six-week period the centre has received six incidents of hijackings and crew kidnappings in the Gulf of Guinea.  Pirates target vessels to kidnap crew/vessels for ransom.

Ships intending to drift are advised to do so at least 250 nm away from the coast and to go for direct berthing if possible. Early assessment / detection will allow ships to take evasive measures to prevent boarding and request for assistance.