Preventing pest container contamination was one of the many items discussed at IMO’s Maritime Safety Committee (MSC 98). Cyber risk management, autonomous ships, security and adoption of amendments to mandatory instruments were also on the agenda.

Industry guidelines for cleaning of containers

MSC 98 welcomed the new industry guidelines for cleaning of containers complementary to the guidance given in the IMO/ILO/UNECE Code of Practice for Packing Cargo Transport Units (“CTU Code”) regarding prevention of pest contamination of containers.

All persons involved in the movement of containers also have a duty to ensure that the container is not infested with plants, plant products, insects or other animals. The purpose of the new guidelines is to provide guidance on how this may be achieved by container operators.

MSC 98 considered several of amendments to the International Convention for the Safety of Life at Sea (SOLAS):

The SOLAS amendments will enter into force on 1 January, 2020.

The MSC resolutions and circulars will be available as soon as they are issued by the IMO Secretariat.

The Facilitation Committee at its 41st meeting (FAL 41) approved the interim guidelines on cyber risk management. FAL 41 did not have any comments and this was also the case with MSC 98. A joint MSC-FAL.1 circular was thereby adopted.

BIMCO welcomes the new circular on cyber risk management. It is an important paper raising the awareness of cyber security of all stakeholders in the shipping industry and thereby providing a foundation for a better understanding of how to manage cyber risks. For more detailed guidance on cyber risk management, it refers to additional guidance and standards such as the industry Guidelines on Cyber Security onboard Ships, which was developed under the leadership of BIMCO.

The United States proposed to incorporate cyber risk management into the Safety Management System based upon an understanding that cyber related risks were operational risks that could be appropriately assessed and managed in accordance with safety management.

Based on the US paper and the discussions that followed, MSC 98 issued a resolution on maritime cyber risk management in safety management systems. As the ISM Code includes an assessment of identified risks to ships, personnel and the environment, appropriate safeguards should be established to protect against cyber incidents. The resolution encourages member governments to ensure that cyber risks are appropriately addressed in Safety Management Systems no later than the first annual verification of the Document of Compliance after 1 January 2021.

The submission to change the Indian Ocean HRA boundaries submitted by Oman did receive support from a number of coastal state nations.  However, it was noted the boundaries are set by industry - after consultation with the military - and any reductions would not be implemented before discussions take place regarding the military threat assessment in the area. Until the outcome of the future of OP ATLANTA (EU’s naval support programme in the area) is fully known, there will be no further action.

India’s proposal for floating armory guidelines was discussed and dismissed due to a lack of data, which is necessary to quantify the scale of the problem.

Liberia, the Marshall Islands, Panama, ICS, ICC, BIMCO, INTERTANKO and INTERCARGO submitted a paper entitled “Piracy and armed robbery against ships” relating to incidents of piracy and armed robbery in the Gulf of Guinea. The paper asked for better reporting by all ships on incidents or potential incident and called for ships to report when in the Gulf of Guinea Voluntary Reporting Area (VRA).  A working group convened and after much deliberation an MSC circular was edited and proposed for circulation. The paper which highlighted the problems with migrants and refugees in the Mediterranean was submitted by ICS, requesting action from IMO. The IMO Secretary General informed all present that upcoming meetings with United Nations Security Council Resolutions (UNSCR), International Organization for Migration (IOM) and United Nations Office on Drugs and Crime (UNODC) are to be held and all conclusions will be shared. The impact on commercial ships and seafarers was noted.

MSC 98 also discussed autonomous ships. The use of autonomous ships, sometimes called unmanned ships, may result in IMO legislation being amended. IMO starts this work at the next meeting of the MSC in the spring of 2018.

In a statement at MSC 98, BIMCO supported that the need to establish an inventory of the legal implications but stressed that there was a need to develop a definition of an autonomous ship. BIMCO also pointed at other international regulations adopted outside the IMO which may have to be considered, for example, The Hague-Visby rules. As the core issue in international rules and regulations is responsibility, BIMCO recommended that the work of the MSC should include considerations on where the responsibility would be placed in the absence of a master. 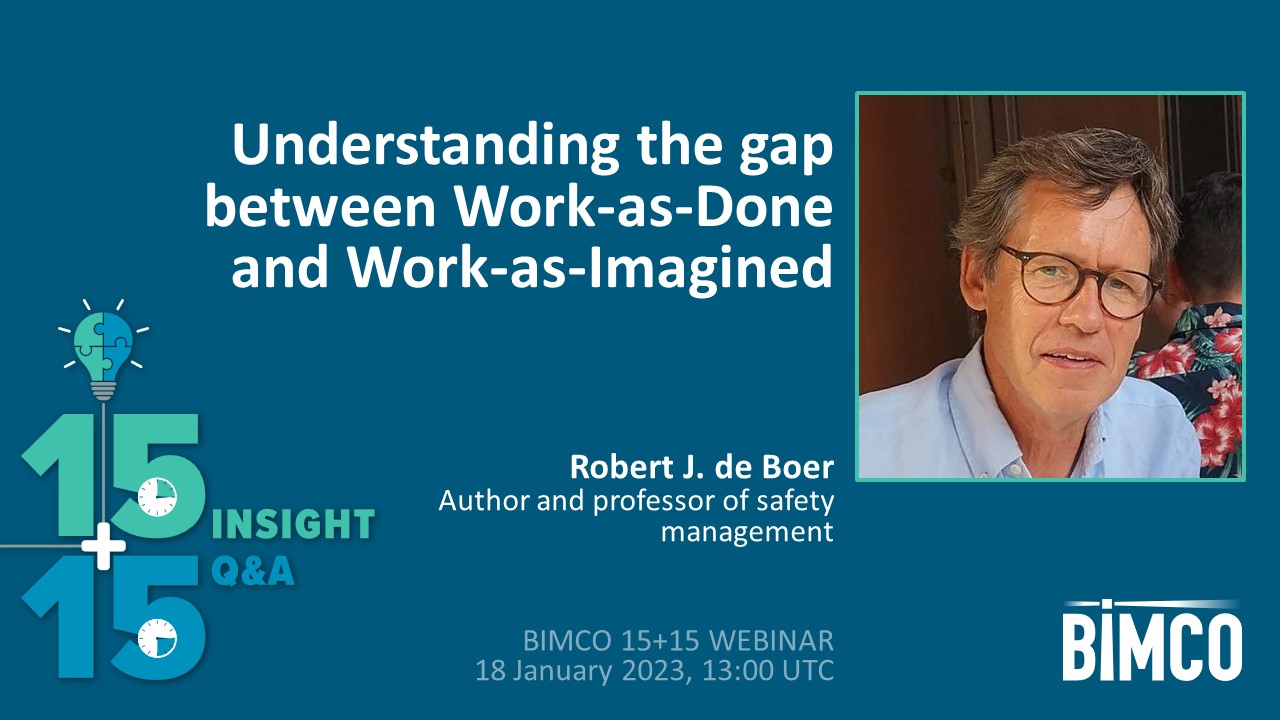