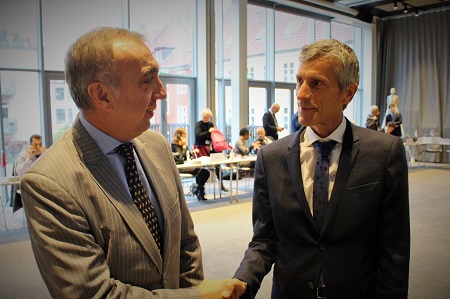 The new standard contract, which can be downloaded from the FONASBA website and BIMCO’s IDEA, formalises and sets out clear terms for any agreements made, for the benefit of both sides. Drawn up by the group responsible for drafting the Agency Appointment Agreement which was released earlier this year, the new contract is easy to use and can readily be adapted for single use or a long-term contract.

Parties can select their requirements from a list of functions such as sales and marketing, port or general agency and husbandry and can agree other services to suit their needs. The agreement covers the parties’ obligations for remuneration, insurance, liability, termination, confidentiality and dispute resolution.

Managing ships has become much more complex, with many more parties involved, and as a result knowing who your exact counterpart is, can be difficult. This creates more room for disagreements or simple mistakes.

Up until now, shipowners and agents have not always had formal contracts. Some relationships have worked well for decades without contracts, but as soon as a dispute arises about payments or terms, the agent is typically at a disadvantage.

BIMCO has seen an increase in calls from its agent members in recent years as agreements and the number of parties involved have become more complicated, with agents often seeking advice because of a dispute.

Disputes cost time and money, and we hope this new agency representation contract will facilitate smoother working practices and help to prevent disagreements between operators and agents across the industry, says Francis Sarre, Chairman of BIMCO’s Documentary Committee.

The new contract offers both parties a clear structure agreeing their specific individual requirements while covering all the wider obligations and liabilities and offering greater flexibility adds Sarre.

BIMCO has around 400 agents or agencies registered as members, while FONASBA represents national shipbrokers and ship agents’ associations in 58 countries.