BIMCO supports new Group A definition of cargoes that may liquefy

BIMCO has contributed to a discussion at the IMO to change the definition of Group A cargoes that may liquefy, after new research on liquefaction of bauxite cargoes concluded that dynamic separation can also affect cargo stability in addition to liquefaction.

The Sub-committee on the Carriage of Cargoes and Containers (CCC) held its 6th meeting at the IMO Headquarter in London on 9-13 September, and the topic of liquefaction was of high interest to BIMCO’s members.

The CCC sub-committee is responsible for technical and operational matters relating to the carriage of cargoes such as solid bulk and gas cargoes, packaged dangerous goods and containers. The CCC considers proposals made by member government states and non-governmental organizations in relation to the changes required for the International Maritime Solid Bulk Cargoes (IMSBC) Code.

The present definition of Group A is: “Group A consists of cargoes which may liquefy if shipped at a moisture content in excess of their transportable moisture limit”

The proposed definition of Group A as per submission by Australia and Brazil is:

“Group A consists of cargoes which possess a hazard due to their moisture content that may adversely affect the stability of the ship.”

Going forward, the proposed consequential amendments to the IMSBC Code will need to include the two phenomena of liquefaction and dynamic separation process.

At the meeting, BIMCO supported the amendment of the Group A definition in principle, as liquefaction no longer defines Group A cargoes based on the outcome of the GBWG’s research.

However, BIMCO urged CCC to ensure that the amendment process clearly outlines what these moisture-related hazards are, and that the definitions and descriptions of the two phenomena - liquefaction and dynamic separation-  are clearly included in the amendment process so that a clear distinction is made between them.

Other delegations also intervened, expressing views such as:

E&T’s proposed definition of Group A is:

“Group A consists of cargoes, which due to their moisture content, may adversely affect the stability of the ship, including the potential to liquefy, if shipped at a moisture content in excess of their transportable moisture limit.”

Based on the discussions, CCC concluded that this issue will be further considered at E&T 33rd meeting in the spring of 2020, taking into account all the comments made in the plenary, with the understanding that the liquefaction be retained in the definition and that the proposed definition be made as clear as possible.

BIMCO will be working closely with interested delegations on this matter and would welcome any feedback from members on this issue.

Contact online
BACK TO: IMO amends listing of designated national competent authorities for solid bulk and grain cargoes NEXT: Is your bulk cargo exempted from requiring a ship having CO2 fittings? 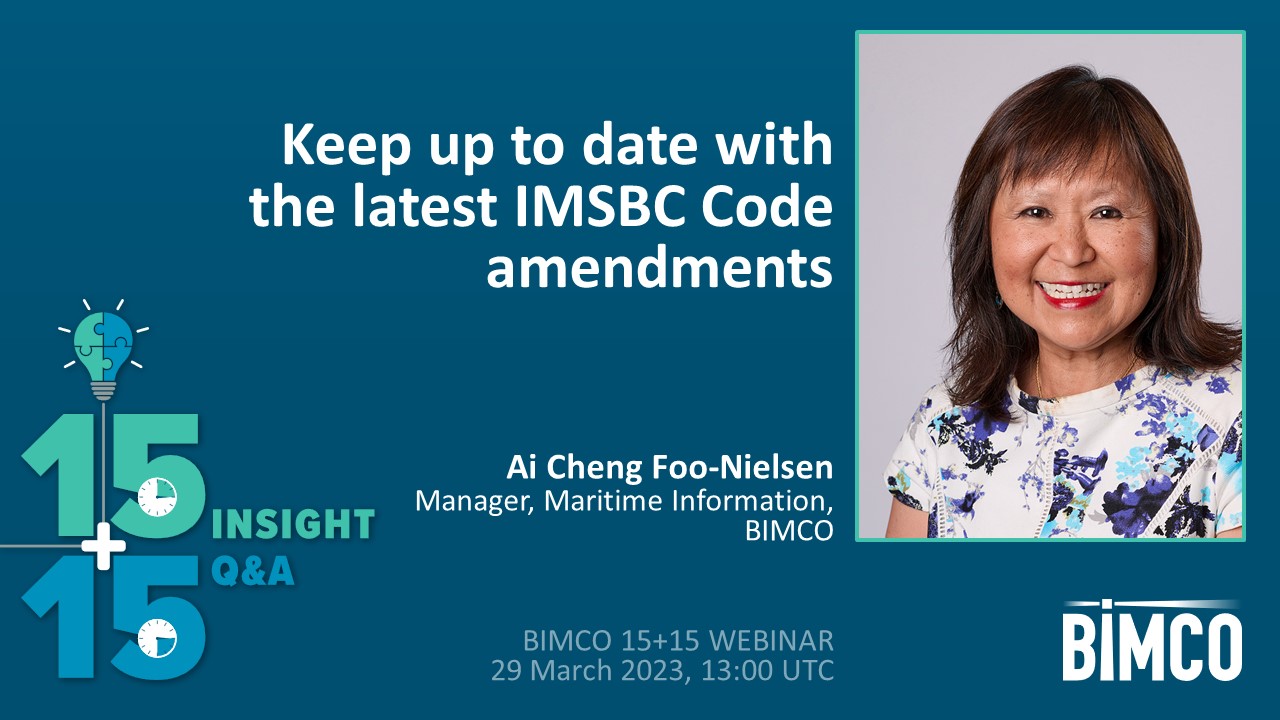