In the December 2020/January 2021 issue of Bunkerspot, BIMCO’s Deputy Secretary General Lars Robert Pedersen considers what the new MARPOL Annex VI amendments on ships’ operational efficiency will mean for the industry. Read the article below:
It should be no surprise to anyone that the International Maritime Organization (IMO) recently approved new amendments to MARPOL Annex VI to introduce requirements to the operational efficiency of ships – the so-called CIIs or Carbon Intensity Indicators. This is the shipping industry becoming subject to a regulatory measure which has never been tried on any other industry before – internationally or nationally. So here we are, facing an entirely new compliance regime, where even the impact of bad weather may result in a ship becoming non-compliant at the end of the year when the account is settled. To make matters worse, the operation of ships involves more than will and acts of ship owners and the flag States of their ships.

A ship’s operational performance may be measured in many ways. Each metric presents its own set of variables which influence the result. Using a metric to evaluate last year’s operation can teach us something about that year’s operation and why the result of that metric was good or bad.

Using the same metric proactively to manage the result of the current year’s operation is an entirely different matter. The variables of the metric become the handles which can be pulled to influence the result. The metric is thus key to which behaviours will be rewarded by the scheme.

For example, using the much talked about metric, the Annual Efficiency Ratio (AER), where you measure emissions per deadweight ton mile, only two variables are available to be manipulated: the emissions, and the distance sailed. Prolonging the distance on voyages where the AER is good will thus positively influence the annual average. Similarly, taking the shortest route on bad days will limit the negative effect on the annual average. Emissions are the result of two sub-variables: speed, and submersion of the ship in the water. Slowing down is good and sailing with low cargo load is also good in terms of improving the result of the metric.

As you can see, several of the behaviours which seem to be rewarded by this metric are counter intuitive of efficient shipping. Nonetheless, as the regulation will require annual improvements to be made to retain compliance, ship operation will need to be altered to ensure this – counter intuitive or not.

Altering a ship’s operation is, however, in many cases not the prerogative of the ship to which these new regulations apply. Most ships are chartered out to commercial operators. Ships carry cargo, often owned by third parties, under certain obligations in accordance with international conventions such as the Hague, Hague-Visby or Hamburg rules. Embedded therein are varying requirements towards the ship and in the latter even to deliver the cargo in the agreed discharge port without delay.

The complete set of rules that govern commercial utilisation of ships are based on centuries’ worth of legacy and case law, as well as carriage of goods acts and conventions. While the IMO traditionally has paid little notice to the commercial law realities of the industry whose assets it regulates, the new adventure into regulation of operational efficiency of ships may well need to change this.

Provisions in charter parties may be changed by the commercial counterparts, and BIMCO traditionally plays a key role in facilitating development of standard clauses and contracts. To make the new draft IMO regulations of operational efficiency workable, BIMCO is presently undertaking to analyse what could become necessary changes or additions to clauses for time- and voyage charter parties. It should be remembered that often charter parties require a ship to proceed with due dispatch and even in some cases with utmost dispatch. It seems evident that the charterers need to play a role to facilitate that ships can comply with the new regime of MARPOL Annex VI.

What BIMCO cannot change however is the content of international conventions. These may still present conflicting obligations and in some cases even prevent compliance. This is beyond the resolve of the shipping industry itself. 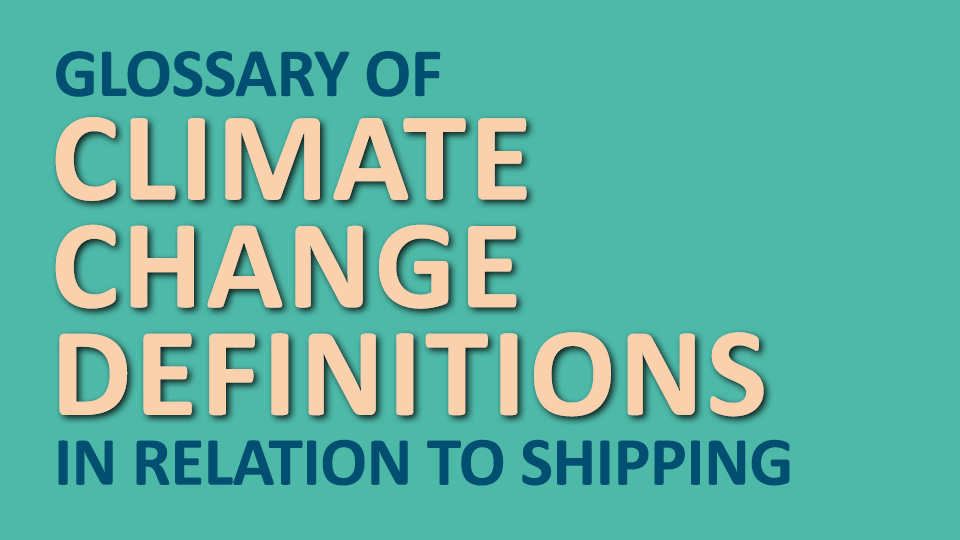