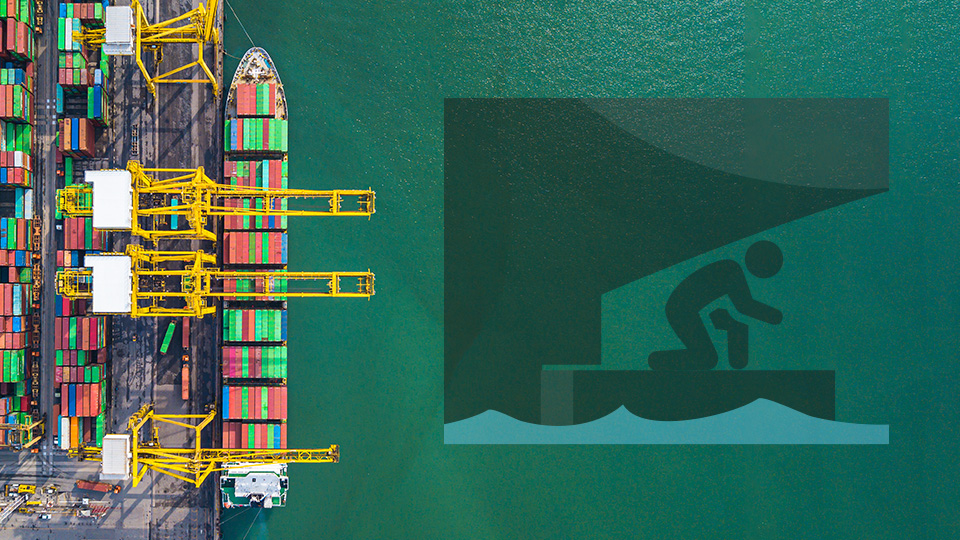 On 27 – 29 June 2022 the South African government, with the support of the International Maritime Organization, hosted a seminar on stowaways. Multiple South African agencies took part together with representatives from IMO, UNHCR, shipowners MSC and Maersk, the International Group of P&I Clubs, P&I Correspondents, law firms, and several Port facility Security Officers from South African ports. The seminar proved a valuable forum for open and frank dialogue on the issue of stowaways and the special challenges posed to immigration authorities, port facilities, shipowners, and other stakeholders, in countering the threat and managing the situation when stowaways emerge

South African stowaway provisions are among the strictest in the world. The provisions were tightened in 2015 and now distinguish between two categories of people without legitimate reason to be on board which are treated differently: trespassers and stowaways.

Trespassers are disembarked immediately upon discovery and taken into custody by South African authorities.

As a rule, no stowaways can be disembarked in South African ports. They will therefore need to remain on board until the ship reaches a port from where the stowaway can be safely disembarked and then repatriated at the cost of the shipowner.

Sometimes repatriation can be difficult to achieve because of lack of will with port States (like in the case of South Africa) and it is not uncommon that stowaways are forced to stay on board for lengthy periods of time before successful repatriation is achieved. Often, the ship is not allowed to depart the port of disembarkation until the stowaway has arrived safely in his home country and has been accepted by local immigration authorities, something which causes delays and adds cost to supply chains.

Many stowaways in South Africa have turned out to originate from countries other than South Africa, with many found to be from Tanzania, many of them even in possession of legitimate travel and residency documents. Reasons for the majority of stowaways being from Tanzania were thought to be many, including a general migration pressure from Tanzania towards South Africa because of poor living conditions.


Some stowaways blackmail the shipowner

Many stowaways from Tanzania were found to be repeat offenders sometimes reappearing in South African ports as trespassers or stowaways only few weeks after having been repatriated. The trend of repeat offences has become more and more the norm and is believed to be connected to the practice of paying “stipends” or “travel money” to the stowaways in the order of a few hundred dollars. The stipends are paid at the demand of the stowaway to ensure the stowaway is cooperative for the duration of the repatriation. Repatriation can only happen if the stowaway is cooperative, and there are cases where stowaways have gone to extreme measures to blackmail the shipowner to pay stipends, for example by defecating on the terminal floor in the airport, etc. The stowaways know that acting up will lead to boarding being denied by the airline, and will result in more delays for the shipowner, because the ship will be only released when the stowaway arrives and is accepted by the immigration authorities in his home country. The stowaway thus takes advantage of this situation and blackmails the shipowner by acting up or simply threatening to do so. It is believed that in many cases the objective for the stowaway is to put himself in position to blackmail the shipowner and obtain stipends, as opposed to the traditional objective of trying to escape to a country with better prospects for making a decent living.

There are many government agencies involved with managing trespasser and stowaway cases in South Africa, and there are procedural differences from port to port when it comes to managing such cases. The multi-agency nature of the problem and the different case management approaches make stowaway case management a somewhat tedious exercise for shipowners and P&I Clubs. It was therefore a welcome development that representatives from the South African authorities were able to confirm that efforts were ongoing to create a more streamlined approach to border management and handling of stowaway cases, and work towards a single chain of command and one single platform for exchange of information.

From the shipping industry side, BIMCO argued that friction and tight legislation which did not facilitate resolution of stowaway cases were in contradiction to the spirit of the Convention on Facilitation of International Maritime Traffic (FAL Convention). BIMCO noted that South Africa was not yet a signatory to the FAL Convention and therefore had not yet ratified its provisions and welcomed the prospect developments as a step in the right direction. BIMCO further highlighted that effective stowaway prevention started at the port perimeter access control and ended with the ship’s access control, and that each stowaway case represented a failure of both. To improve the situation more resources and/or smarter concepts and assets would need to be employed, both by the ports and by the ships.