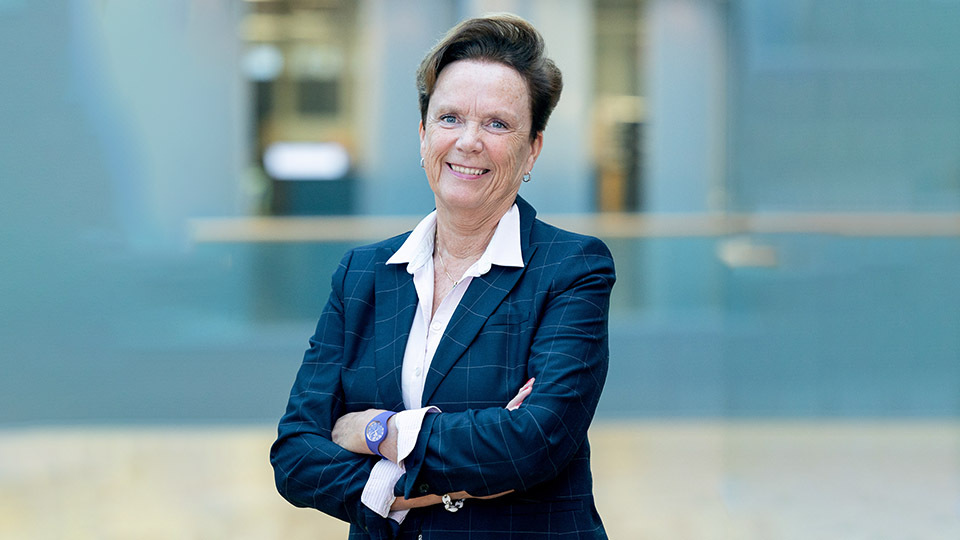 Inga Marie Frøysa has witnessed remarkable changes in global shipping since she joined Norwegian dry bulk company, Torvald Klaveness as an in-house lawyer, in 1987. The most obvious shift that she has noticed is the increased diversity. “In the old days, I never met any other women at industry events, it was just men everywhere,” she says, noting a higher number of female lawyers, economists and human resource managers, but comparatively fewer women in commercial positions such as chartering. “A lot of things have changed over the last decade or so and that’s good!”

Another aspect that she appreciates is the manner in which legal matters are now handled. “When I joined maritime, charter party negotiators were communicating with each other via telex and post – or snail mail as people now call it,” she says, recalling that this drew out negotiations to days and weeks for clauses that today, can be agreed on both sides with just a few clicks.

“As maritime becomes more digitalised, I think that standardisation of contracts will become even more important than it is today,” she says, pointing out that going digital allows companies to operate more easily, quickly and with fewer resources. She points out that people may not always have time to review individual clauses in a 40-page contract, which may result in companies entering into contracts where they are not completely aware of their legal obligations.

The speed afforded by digital legal communication has proven of the essence not just for Frøysa’s work at Klaveness, but for BIMCO’s Documentary Committee, which she has been a member of since 2004. Although Frøysa initially joined this committee as an owner representative of Norway (nominated by the Norwegian Shipowners’ Association via member Klaveness), she has firmly embedded herself in it, serving as Vice Chair since 2010.

“I was already interested in what BIMCO was doing as I’m a lawyer and believe that standard contracts that are negotiated and balanced are great. Shipping has had standard contracts for a very long time but originally these contracts came from the chartering side and so they were mostly unbalanced in favour of the chartering side. As an owner’s association, BIMCO got involved and started developing owner-friendly contracts and clauses,” she says, adding that over time, BIMCO contracts and clauses became more balanced and they are currently often seen as the industry standard.

BIMCO is able to achieve this fair approach through the use of sub-committees that feature representatives from owners, charterers and also P&I and Defence clubs. “The clubs often know where the problems arise and so are very useful to have in the room,” Frøysa says, adding that standardized contracts have proven extremely useful in fraught situations where unfolding situations leave parties minimal time to communicate back and forth. “If both parties have agreed to use a standard contract, you get a jump start in negotiations and can reach a consensus much faster.”

Given shipping’s inclination to use existing contracts for many years, Frøysa believes that the ability to craft new clauses that can be added onto standardised contracts is extremely important. “Many operators have contracts that they have used forever, but need to address new problems that arise quickly and so are looking to add on new clauses. BIMCO works to quickly address issues that arise and develop clauses for these,” she says, citing piracy and the COVID-19 pandemic as examples.

Frøysa is particularly proud of the work that the BIMCO Documentary Committee performed to draft an anti-corruption clause to address bribery and the ‘facilitation payments’ that ships were often asked to pay in ports. These payments, she explains, would be viewed as bribes by authorities in many countries, e.g. in the UK. Representing Klaveness as a founding member of the Maritime Anti-Corruption Network (MACN) in 2011, Frøysa was particularly well placed to chair the BIMCO sub-committee that  drafted the requisite clause to address the issue – and the anti-corruption clause now forms a part of a number of standard shipping contracts and is often added by the parties in negotiations.

The Norwegian national has a number of issues on her radar at the moment, including decarbonization, which she believes is a pressing issue that the industry needs to address with urgency. BIMCO plays an important role here in producing contract clauses to create clarity and cooperation between owners and charterers on complicated issues. She also believes that cyber security poses a growing risk – a view shared by BIMCO, and Frøysa chaired the sub-committee that drafted BIMCO’s Cyber Security Clause. “Cyber attacks can also harm the IT systems of a ship so that the steering or the engine is impaired,” she says, pointing out that such attacks could lead to loss of life, assets and damage to the environment.

Frøysa, who manages a small team of two other lawyers at Klaveness, thrives on challenge. “I find disputes interesting. Not the small details, but rather figuring out the next steps to take. I like strategy,” she says, adding that problem solving is a big part of her personality. “I like coming up with creative solutions to problems. If something cannot be done one way, I know there must be another way that I just have to find.”

She particularly enjoys collaborative projects with an international flavour and has explored a number of shipping-related joint ventures in various countries. “I love teaming up with other organisations to create something,” the legal expert says, explaining that this approach has allowed her to travel extensively – so travelling is not on top of her agenda when she retires at the end of this year, “but I may get restless after a while”.

An amateur painter, Frøysa is eagerly awaiting the transition from office life to one with more room for leisure. “When I was young, I wanted to be a painter, but I realised quite early that I wasn’t good enough,” she admits modestly. “When I retire, I’ll spend a lot of time improving my skills. I’m also a keen skier – both cross-country and downhill. We have a lot of mountains and forests in Norway, and I love walking in nature.”

That said, the legal expert is likely to continue engaging with maritime as she finds it incredibly energising. “It’s fun and it’s really international. And if you want to be in a sector that’s constantly changing and developing fast, then shipping is the place to be.”