For the purposes of this Clause:

“Shipowner” shall mean the party named as “shipowner” on the Maritime Labour Certificate for the Vessel.

The ILO Maritime Labour Convention (MLC) 2006 will enter into force On 20 August 2013. The new labour standard consolidates and updates more than 68 international labour standards related to the Maritime sector adopted over the last 80 years. The Convention is designed to provide comprehensive rights and protection at work for the world's more than 1.2 million seafarers.

The ship owner is ultimately responsible for compliance with the MLC - including health and welfare, contracts of employment and payment of wages for all personnel regarded as ‘seafarers’ for MLC purposes. The industry is working hard to ensure full compliance with the MLC when it comes into force. Part of that compliance effort relates to contractual responsibility under charter parties and crew management agreements.

From a contractual perspective the chief area of concern is the MLC definition of a seafarer as “any person who is employed or engaged or works in any capacity on board”. This rather broad definition may create liabilities on the part of the ship owners for any persons working on the vessel, including crew provided under a ship or crew management agreement, and also offshore workers who are commonly placed on board by charterers but who have not traditionally been regarded as seafarers.

In the event of doubt about a particular category of persons on board a vessel being considered seafarers, the Convention provides for the question to be decided on a national basis by each flag state, which further complicates matters.

The objective of the MLC 2006 Clauses is to apportion liability and responsibility for personnel on board the vessel not directly employed by the owners. In the case of SUPPLYTIME this refers to charterers' personnel, such as geologists and ROV operators, who may be working on board the supply vessel, but who are not part of the owners’ crew. In the case of ship- and crew management agreements, the focus is on technical managers who also provide crew, and crew managers who provide crew – sometimes as principals under a lump sum agreement. The main issue is that under these specialised contracts the shipowner/operator could be liable for certain aspects of MLC compliance even if he is not the employer of such personnel. Even though it is the ship owner that will have an overall responsibility for compliance with the Convention, certain responsibilities can be shared and delegated to other entities, such as ship- and crew managers or, in the case of the offshore sector, charterers.

The SUPPLYTIME MLC 2006 Clause comes in two variants: One for the 2005 edition and the other for the ’89 edition. The only difference between the two Clauses is the reference to the Liabilities and Indemnities Clause of SUPPLYTIME, which is Clause 14 in the 2005 version and Clause 12 in the ’89.

Definitions
The SUPPLYTIME MLC Clause contains two definitions. The first definition, which is common to all the BIMCO MLC Clauses, simply defines “MLC” as the Convention and any subsequent amendments to the standard. The second definition is of “Charterers’ Personnel” and is intended to identify clearly which persons on board the vessel the charterers are responsible for in respect of compliance with the MLC. It is an all-embracing definition based on a combination of the definitions of “Employees” and “Charterers’ Group” found in SUPPLYTIME 2005.

Sub-clause (a)
The main obligations of the owners and charterers are set out in Sub-clause (a). The owners are required to provide the charterers with a copy of Part I of the Declaration of Maritime Labour Compliance (DMLC) for the Vessel. The DMLC sets out the owners’ or operators’ plan for ensuring compliance with the Convention as implemented by the Flag State for the vessel.

It is in the owners’ interest to ensure the charterer is aware of the applicable requirements of the MLC. The owner is ultimately responsible for ensuring compliance of all those on board and it is the owners’ vessel that will be subject to delays in the event of non-compliance. The owners are also in a better position than the charterers to know what the applicable requirements are as those requirements are set out in the vessel’s DMLC compiled by the Flag State and the owner.

Based on the vessel-specific DMLC provided by the owners, the charterers are obliged to comply with a 12 point list of MLC-related requirements that fall within their control for the personnel they place on board the vessel. Particular note should be made of Sub-clause (a)(xii) relating to health  and safety protection and accident prevention. It is recognised that in some instances the charterers’ personnel may be bound by the owners’ health and safety procedures whilst on board the vessel and therefore this requirement ensures that the charterers are not held responsible for these matters when outside their control.

Sub-clause (c)
The final Sub-clause provides the owners with an indemnity from the charterers to protect them against the consequences of the charterers failing to comply with their obligations under the Clause. The indemnity, however, does not extend to consequential losses which are excluded by virtue of a reference to Clause 14(c) of SUPPLYTIME 2005 (12(c) of the ’89 edition). Any time lost in this respect is for the charterers’ account and the vessel will remain on hire.

MLC 2006 Clauses for SHIPMAN and CREWMAN

Definitions
All five SHIPMAN/CREWMAN MLC 2006 Clauses contain the same two definitions. The first definition simply defines “MLC” as the Convention (giving it its full name) and includes any subsequent amendments to the standard.

The second definition is of “Shipowner” as named on the Maritime Labour Certificate issued for the vessel. In this context “shipowner” also has the same meaning as it has under the Convention, i.e., it means “the owner of the ship or another organization or person, such as the manager, agent or bareboat charterer, who has assumed the responsibility for the operation of the ship from the owner and who, on assuming such responsibility, has agreed to take over the duties and responsibilities imposed on shipowners in accordance with this Convention, regardless of whether any other organization or persons fulfil certain of the duties or responsibilities on behalf of the shipowner”.

This method avoids identifying the managers contractually as the “shipowner” which may run contrary to flag state legislation.

In addition to the definitions described above, this Clause contains three sub-clauses:

Sub-clause (a)
The first sub-clause permits the ship managers when acting as technical managers to assume on behalf of the owners the duties and responsibilities of the “Shipowner” for MLC compliance.

Sub-clause (b)
SHIPMAN is a cost plus fee agreement and the provision of crew by the ship managers under SHIPMAN is therefore done strictly agents for and on behalf of the owners. Consequently, Subclause (b) sets out the owners’ obligation to ensure MLC compliance for any crew placed on board the vessel, whether they are their own crew or crew supplied by the managers.

In practical terms, owners’ MLC financial security obligations should be provided by their P&I cover. All 13 International Group P&I Clubs have agreed to extend the scope of standard P&I cover to include repatriation in cases of insolvency and in the other circumstances listed in the MLC where seafarers are entitled to repatriation. Claims for sickness, injury or death of seafarers are generally already covered by standard P&I cover. As the insurance provisions of SHIPMAN already specify that the vessel is to be insured for protection and indemnity risks and that the managers are to be named as joint assured, no further cover arrangements should be necessary. However, if you are in any doubt about the extent of your P&I cover, please contact your P&I Club.

The CREWMAN Clauses covers both the agency cost plus fee version (CREWMAN A) and the principal lump sum version (CREWMAN B). It had originally been intended to create two separate CREWMAN Clauses to distinguish between the crew-manager acting as agent in the supply of crew versus the manager acting as principal (employer) of the crew. However, since the term “Shipowner” is defined in the Clause as the party named as such on the Maritime Labour Certificate for the vessel it was concluded that there is no need to distinguish between the manager acting as agent or principal in the Clause itself. To take into account the different clause references to the insurance provisions in the different agreements three versions have been created.

Sub-clause (a)
The MLC obligations are tied to the party named as “shipowner” on the Maritime Labour Certificate, which may vary depending on whether the managers are acting as agents or principals. This is reflected in Sub-clause (a) which aligns the responsibilities of the crew-manager in respect of MLC to the agreed crew management services under CREWMAN (whether that be CREWMAN A or B).

Sub-clause (b)
The basic requirement under the CREWMAN agreements is that the owners should obtain the necessary insurance cover for the vessel and crew. As described above, the standard P&I cover available from the 13 International Group Clubs has been extended to cover the owners’ MLC financial security requirements. Sub-clause (b) therefore simply emphasises the owners’ insurance obligations under the CREWMAN agreements. 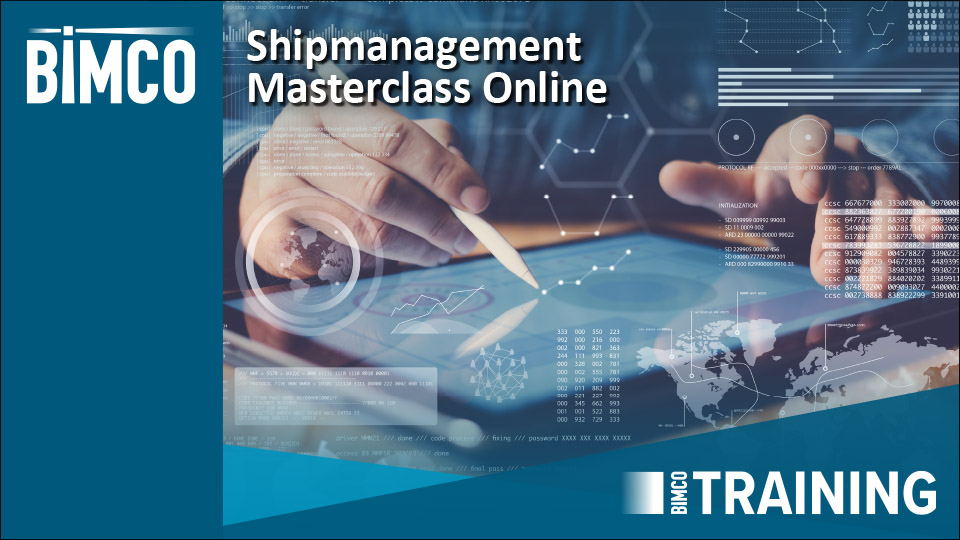 The Masterclass on Ship Management is a series of 10 online sessions, delivered in 10 days. Each session will run for 90 minutes and will cover essential contra...
More info