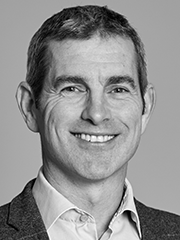 Ted joined Ince & Co as a trainee solicitor in September 1994 and in the early years he was involved in a lot of casualty investigations, including trips to Lebanon, Egypt and Montenegro. He left Ince in 2001 in order to work for a P&I correspondent (Ausship) in Sydney where he was lucky enough to race a 16’ skiff on the harbour for two seasons. He then returned to London, re-joined Ince, spent 6 months on a secondment to Gard’s FD&D team in London, then became a partner in 2005. During this period he specialised in dry shipping and international trade. He has spoken at a number of headline industry events, including the Gard summer seminar. Ted retired from Ince & Co in September 2018.
BACK TO: Stinne Taiger Ivø NEXT: Toby Stephens