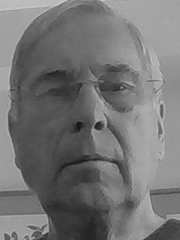 Carl is Managing Director, Marine Bunker Exchange (MABUX) AB. He is a Master Mariner by profession and after his graduation he joined the Military Academy, in Sweden and became 1966 Navy Officer in the Reserve.

After a number of years at sea, Carl returned to University for more studies, and in 1974, he graduated from the University of Lund in Sweden with a Bachelor of Economics degree.

Carl worked as deck officer and as Captain in the Swedish merchant navy. After various educations he began work ashore 1975 as Shipping Manager for the trading company Joint Trawlers. Carl started his own trading company 1979 in shipping, but after 10 years left and moved to West Africa. From 1988 until 1993 was engaged in transportation, and was hired by Sentram Ferry Service in Dakar, Senegal as President Director General. The ferry company was engaged in ferry service along the West African coast. In 1994 he returned to Europe and was hired as Managing Director of the newly started independent oil company, High Sea Services, specialising in high sea bunkering. The year 2002 Carl founded the service company Marine Bunker Exchange (MABUX) AB, designed to service the marine bunker industry with necessary tools like bunker price publications world-wide, and Carl is still very much active in the same field, inventing safer and better ways of determine bunker indications.

BACK TO: Bjørn Kay NEXT: Carolina Franca