Copyright in the Novation Agreement for Shipbuilding Contracts is held by BIMCO.

Novation of a shipbuilding contract can be expected to include provisions reflecting case-specific party needs and requirements. The new standard agreement addresses core underlying issues which are common to all shipbuilding novation agreements. It cannot cover the many and variable situations that might be encountered or required by parties during individual negotiations.

These notes are intended to provide an insight into the reasoning behind the key provisions of the Novation Agreement for Shipbuilding Contracts. However, users are recommended to seek advice in respect of issues that are not covered, are specific to their contractual arrangements or require specialist legal guidance.

An important issue concerns title to the ship. Under shipbuilding contracts, title normally passes to the purchaser on delivery of the ship. However, this is not always the position and in some cases title passes during construction. The position should always be confirmed.

It is also important to check the new contracting party’s liabilities, responsibilities and payment obligations for previously ordered supplies and equipment either installed or ready to be installed on the ship. Liability for the cost of bunkers and lube oils used during the construction period should also be established.

The agreement is divided into two sections. The covering box layout is for the insertion of variable information including the names of the parties, the ship and underlying shipbuilding contract details followed by the terms and conditions of the novation.

Details of the contracting builders are to be entered in Box 2. However, as this might be a trading house with actual construction undertaken elsewhere, shipyard details must be inserted in Box 5. In order to avoid the complexity of enumerating all documentation making up the Shipbuilding Contract, only the date of the contract is required to be entered in Box 7 but a cross-reference in the Background section defines documentation as “comprising the entire Shipbuilding Contract”. Further information to be entered includes: Box 9, Builders’ Guarantor, Box 10 Original Buyers’ Guarantor, Box 11 New Buyers’ Guarantor and Box 12 for details of Instalments Paid (by the Original Buyers).

This states the parties’ agreement to novate the Shipbuilding Contract from the Original Buyers (identified in Box 3) to the New Buyers (identified in Box 4) on terms set out in the agreement. In order to ensure consistency, it is expressly provided that terms used in the Novation Agreement shall have the same meaning as terms in the underlying Shipbuilding Contract.

This is the key provision setting out the basis and timing of the agreement to replace the Original Buyer with the New Buyer. As a contract is being created to effect the change, consideration is required. This requirement is fulfilled through the parties’ mutual promises in subclauses (b) and (c), where the Builders agree to release and discharge the Original Buyers from their commitments, and in subclauses (d) and (e) where the New Buyers agree to assume the contractual rights and obligations.

The changeover of contracting party takes effect from the “Effective Time” agreed and entered in Box 8.

In order to eliminate scope for later disputes about enforcement or recovery of claims between the Original Buyers and the Builders, subclauses (d) and (e) expressly provide that the New Buyers assume all rights, responsibilities and obligations for all matters arising as from the date the original shipbuilding contract was signed.

Subclause (a) the mutual provision of guarantees by the New Buyers and Builders is a condition precedent for the novation. In accordance with the basis of respective party liability from the date of the Shipbuilding Contract, the new guarantees must cover all and any claims together with liability for repayment of all pre-delivery instalments (including those paid by the Original Buyers). Such guarantees should be “substantially in the form and substance” set out at Annex A (New Buyers’ Guarantee) and Annex B (Builders’ Guarantee).

Subclause (b) given that the New Buyers accept all liability from the date of the contract (the date stated in Box 7), it follows that guarantees in place for the pre-novated shipbuilding contract are no longer required. Subject to fulfilment of subclause (a), the Builders’ and Original Buyers’ guarantors will be released from their obligations under the pre-novated shipbuilding contract.

Subclause (a) addresses issues relating to the parties’ confirmation that they are in compliance with all applicable legislation and administrative requirements authorising them to execute a valid, legally binding and enforceable Novation Agreement.

Subclause (b) the Original Buyers and Builders warrant that, unless provided for in the Novation Agreement, there have been no contractual changes and confirm that there has been no breach of, or dispute between them about, the terms and conditions of the shipbuilding contract. The Builders are also required to warrant that there are no notified delays or permitted adjustments to the delivery date or price; a schedule of agreed adjustments must be provided; and the Original Buyers must warrant details of instalments paid in accordance with Box 12.

Subclause (d) requires each party to take all necessary action to give effect to the Novation Agreement once it has been concluded. Any resulting costs will lie where they fall.

This sets out the New Buyers’ obligation to appoint a supervisor, to be identified in Box 13, to act on their behalf as from the Effective Time. Approvals given by the Original Buyers’ supervisor are, by virtue of the provisions of Clause 1, binding post novation. Reference is unnecessary, and has not therefore been made, to prior approvals. Post novation approvals will be given in accordance with the underlying shipbuilding contract.

Each party is responsible for meeting and paying its own costs and expenses in relation to the negotiation and execution of the Novation Agreement.

This makes it clear that no third party has any rights under the contract.

The dispute resolution clause offers four options for arbitration: London (which applies by default in the absence of a stated alternative in Box 15); New York; Singapore; or an open choice for parties to agree the governing contractual law and seat of arbitration. Mediation procedures are set out for London, Singapore and the open forum. However, mediation occupies a different position in the USA, and, if required, it is left to the parties to agree their own procedures.

Disputes under a novation agreement might involve all three contracting parties. Additional wording has therefore been included to provide a mechanism for starting multi-party disputes. The procedures apply where all three parties are involved in a dispute from the outset but are not designed to accommodate a third party joining an extant arbitration at a later stage. If the situation should arise, it can be dealt with on a case by case basis with the third party possibly starting a separate arbitration against either or both of the other parties. The references might then, by agreement, be consolidated, heard concurrently or restarted as a multi-party arbitration.

The modifications mean that the clause is not the standard version and “BIMCO” does not therefore appear in the heading.

BACK TO: NORGRAINBILL NEXT: Novation Agreement for the Substitution of Time Charterers 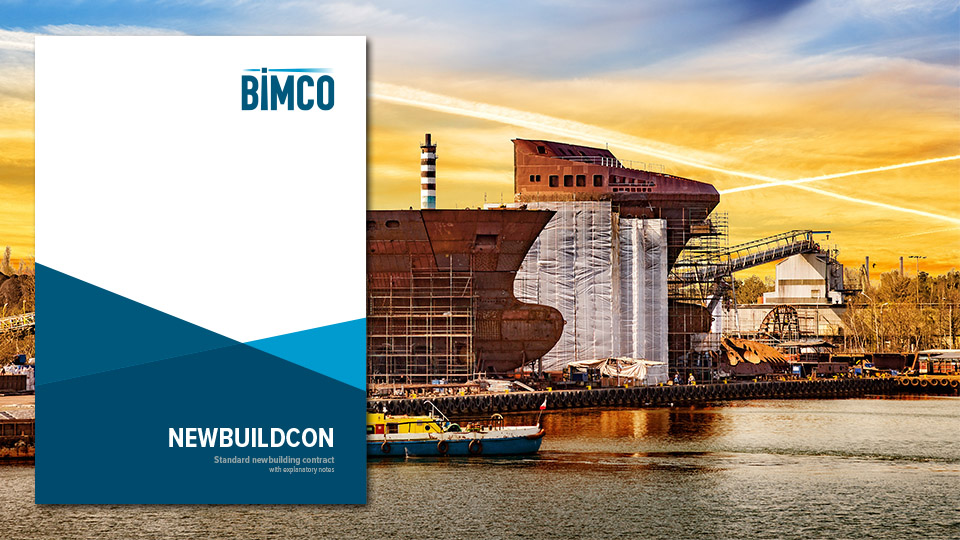