The subcommittee developing a standard time charter party for accommodation support vessels (ASVs), at an online meeting on 23 April, continued discussions on key areas of the new contract, including offshore bunkering and how to address the concept of immediate tasks in an ASV specific context.

Having finalised its review of feedback received from industry stakeholders in the offshore oil and gas and renewables sectors, the subcommittee has identified certain areas of the draft for further consideration.

“One of the areas we wanted to consider in more detail is offshore bunkering and how this should be addressed in the new form. Refuelling of crew transfer vessels is a standard service in the ASV sector, so this will be a key feature of the new form,” says Edwin de Vries, Director at Wagenborg Projects & Logistics/Wagenborg Offshore and Chairman of the subcommittee.

Another issue which the subcommittee revisited is the automatic extension of the charter period for the time required to complete so-called immediate tasks and, notably, how to identify which immediate tasks should be covered in an ASV context.

SUPPLYTIME 2017 clearly states that such tasks are limited to the completion of the voyage or well. Mindful of the differences between the oil and gas and renewables sectors the subcommittee, in its initial draft, had opted for the more generic approach in WINDTIME, which simply refers to the immediate task as there is no need to be more prescriptive in a charter party dedicated to the offshore wind farm sector.

“The feedback from the consultation showed that stakeholders are keen to have clearer wording in relation to what constitutes an immediate task for the purpose of automatic extension, and we are therefore developing new wording covering the completion of the voyage, well, wind turbine or other similar activity,” says Dorota Jolanta Chmielewska, Senior Contract Manager at Siemens Gamesa Renewable Energy A/S and s a member of the subcommittee.

Some work remains, inter alia in relation to consideration of whether a general cap on liability should be included in ASVTIME similar to the one in WINDTIME. This and other issues will be discussed at the next meeting, which will be held on 18 May. The draft will be presented for adoption by BIMCO’s Documentary Committee at its next meeting on 22 September.

Contact online
BACK TO: Calculation of deviation costs debated at TOWCON revision meeting NEXT: Time charter and infectious and contagious diseases 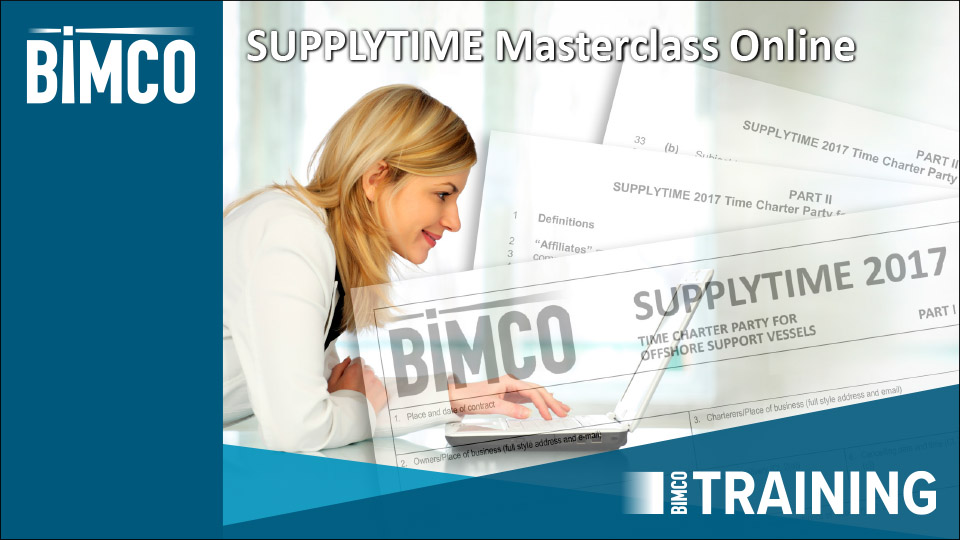