BIMCO's Documentary Committee met on 10 May in Copenhagen and approved for publication three standard novation agreements for time charter parties and shipbuilding contracts.

Three standard Novation Agreements were approved for publication by BIMCO's Documentary Committee, chaired by Francis Sarre, at the spring meeting held in Copenhagen on 10 May. Two of the Agreements cover the novation of time charter parties due to a change of owner or charterer; the third agreement is for the novation of a shipbuilding contract. It is common practice in the industry when companies are sold, for current commercial contracts to be retained and "novated" so that the new owner of the company takes over as the responsible party to fulfil the remainder of the contract period. These new standard Novation Agreements will provide a solid framework covering legal requirements and commercial obligations. They will be published along with detailed explanatory notes in June.

The Committee also discussed a number of other contracts and clauses currently under development. A draft Redelivery Clause for Time Charters was reviewed and debated. The objective is to provide a detailed clause that covers notice requirements that an owner can rely upon to secure future employment of the ship on or after the minimum charter period. Several suggested improvements to the clause will be considered by the drafting team who will submit a final draft for adoption in November.

A draft Ballast Water Management Sampling Clause was also reviewed. It was decided that it is currently premature to publish a clause addressing sampling when there remain so many question marks about how sampling will be done in practice at various ports. The clause will be kept under review pending further developments.

Other key projects discussed included the revision of two major BIMCO charter parties - BARECON 2001 and SUPPLYTIME 2005. Work on BARECON is at a very preliminary stage, but a first draft should be ready for review in November. SUPPLY TIME 2005 is now a year into the revision process. A number of SUPPLYTIME's key clauses have been updated to improve the clarity and to reflect changes in commercial practice or legal developments. A full review of the entire charter party should be completed within the next few months, after which an industry "sounding board" will be invited to comment on the proposed changes.

Progress reports were given on several other projects including the Standard Term Sheet; the Spill Response Services and Equipment Contract; the Offshore Structure Dismantling Contract; the revision of the HYDROCHARTER and WORLDFOOD 99 charter parties; and a joint project with FONASBA to develop a Standard Agency Agreement.

The Anti-Corruption Clause for Charter Parties is being kept under review by the Committee. It was reported that a number of companies were known to have included the clause in their charter parties. As yet, no feedback on the practical implementation of the clause has been received. The Committee would welcome hearing from any company that has used the clause who would like to share their experience.

The next meeting of the Documentary Committee takes place in November. 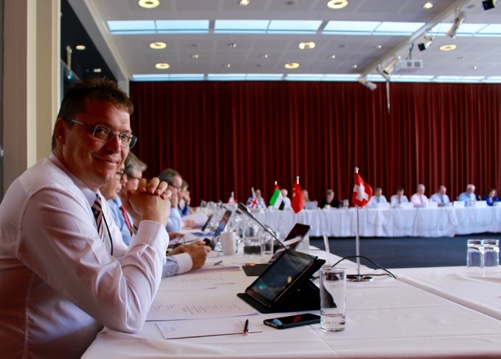