The latest edition of this contract is WRECKSTAGE 2010.

There is a new Box 9 (Permits) which deals with changes made to Clause 6. The remaining boxes, up to and including the original Box 12, have been re-numbered accordingly.

Box 13 (Security Requirements) has been deleted as a result of changes made to Clause 13.

The line numbering adopted in this article relates to the new WRECKSTAGE 99, unless otherwise stated.

Lines 5 - 7 of Clause 1 of WRECKCON, which dealt with Mobilisation Costs, have been deleted as this matter is dealt with in Box 10. It should be noted that, in order to give the agreement as wide an application as possible, the term “Vessel” not only includes the ship, but also cargo, containers, stores and bunkers.

Clause 4 - Change of Method of Work  and/or Personnel, Craft and Equipment

The original WRECKCON sub-clause 5.4 providing indemnity for the removal, disposal or jettison of property has been deleted, as it is considered that the “hold harmless” provisions of the new sub-clause 14.2.2 adequately deal with this matter.

This clause deals with the need to obtain licences, approvals, authorisations and permits. In practice this clause has frequently caused problems as the Clubs have always been of the opinion that the Contractor should arrange all permits, licences, etc. necessary for his operations.

The Clubs wanted to reverse the obligation by placing the burden on the Contractor to obtain any Permits, etc. However, the final wording leaves it to the parties to decide this matter on a case by case basis by nominating, in Box 9, the party who will be responsible for obtaining permits, licences, etc.

The background to this clause is that the Contractor, in calculating his lump sum price, will frequently make an allowance for time lost due to adverse weather or sea conditions, based on his experience of the area/time of year in question. What the Contractor cannot assess in advance is delays that might arise due to events or other circumstances outside his control.

The total number of days “free time”, which do not have to be consecutive, are set out in Box 16. All additional days lost due to adverse weather or sea conditions, as well as all days lost due to other reasons outside the control of the Contractor, shall be paid as additional compensation at the rate set out in Box 14. The Contractor is obliged to advise the Company promptly of all such delays and must confirm his advice in writing as soon as possible.

It is important to note that the Company does not have the right under WRECKSTAGE 99 to terminate the Agreement, even where the delays are prolonged. Consequently, it is important that the Delay Payment Rate in Box 14 is set at a level which will discourage Contractors from seeking to prolong unnecessarily the services under the Agreement.

In sub-clause 9.2 there is provision for delivery by the Contractor at an alternative place, if the nominated place becomes impossible or unsafe to enter, and the Company is unable to nominate another place. This clause also deals with the additional costs incurred as a consequence.

Sub-clause 9.3 provides for delivery under control of pumps, generators, compressors, etc. and payment for same. The consequences of a failure by the Company to take delivery, and the right of the Contractor to sell the property in such a situation are dealt with under sub-clause 9.4. Finally, sub-clause 9.5 explains that references to the “Vessel” includes parts of the Vessel and/or its cargo and that delivery of such may take place at different times and at different places.

This clause provides for any various extra costs that might be incurred as well as liability for same. Such expenses/costs are to be paid as and when they fall due by the parties as indicated in Box 13.

In sub-clause 12.6, at line 227, the words “portable salvage” have been inserted to make it clear that the equipment referred to does not include sheerlegs, cranes, tugs, barges, etc.

While the Security Clause of WRECKSTAGE 99 requires the Company to provide an irrevocable and unconditional security, it is not required to be in the form of a bank guarantee, but can be in any form as agreed between the parties. The Company is required to provide satisfactory security to cover monies due to the Contractor. The Contractor may also commence operations without the provision of initial security, but can request it to be provided at a later stage.

This clause has proved particularly troublesome throughout the history of the original WRECKCON. The clause establishes the position between the parties with regard to liability for their own personnel, craft and equipment. The Clubs raised objections to the wording of the WRECKCON Liabilities Clause, in particular to the indemnities in respect of wreck removal or third party claims. The Clubs reasoned that third party claims should be covered by the common law of negligence for which a Contractor can obtain suitable insurance cover, the cost of which will form part of his lump sum price, and that the party liable to remove a subsequent wreck should meet such claims through his own P&I Club cover, or other liability insurance. The result of the discussions with the Clubs is a new and much shorter clause which deals only with loss or damage to property of the Contractor/ Company.

It should also be noted that sub-clause 14.2.1 has also been amended at lines 264 - 267 by including the words “excluding portable salvage equipment, materials or stores which are reasonably sacrificed during the disposal or other operations on the Vessel, unless the Contractor is the party responsible for such costs as indicated in Box 13 (a))”. This is to avoid any conflict or ambiguity as between sub-clause 12.6 and this sub-clause 14.2.1.

In addition the Clubs requested that the WRECKCON sub-clause 14.4 be deleted, as it could be used to argue that if the Contractor is liable to a third party and is unable to limit his liability, then the Company should indemnify the Contractor for any excess liability. This could result in the Company accepting liabilities in excess of its own limit of liability.

This standard clause has been slightly amended (lines 283-284) from the version currently found in WRECKCON in order to clarify the position if the Company is the demise or bareboat charterer of the Vessel.

This is a standard clause which remains unchanged from WRECKCON. The clause provides that the Contractor has a possessory lien on the Vessel for any amounts due to him under the Agreement.

This clause deals with the period within which a claim, arising under WRECKSTAGE 99 may be brought by either party.

This clause remains unchanged from the original WRECKCON other than reference is now made to the Arbitration Act 1996 and LOF 1995. Although BIMCO normally endeavours to have its Standard Law and Arbitration Clause incorporated into approved forms, the specialised nature of the WRECKSTAGE 99 Agreement makes it more sensible to provide for arbitration in London before a member of the existing Panel of Lloyd’s Arbitrators, who are experts in this field. However, Clause 18 does follow the traditional pattern of the BIMCO Law and Arbitration Clause in providing the parties with the option to agree to a different jurisdiction and place of arbitration. In addition, should the parties fail to indicate their preference for a particular alternative jurisdiction and place of arbitration then, by default, the dispute will be referred to London arbitration subject to English law.

This clause has been deleted from WRECKSTAGE 99 as it is now dealt with by the additional Part I Preamble.


Copyright
Copyright in WRECKSTAGE 99 is held jointly by the ISU and BIMCO.

BACK TO: WRECKSTAGE 2010 NEXT: YARA SEA WAYBILL 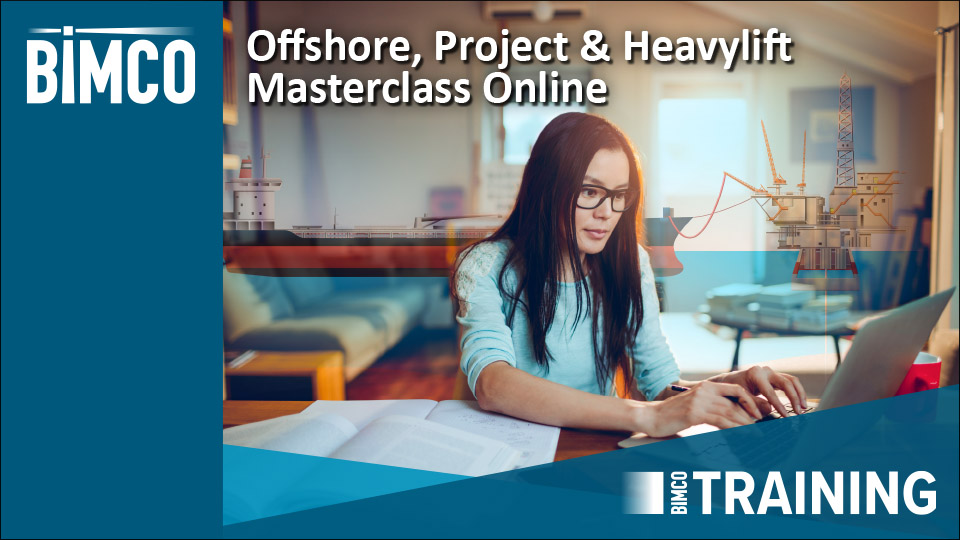 Offshore, Project & HEAVYLIFT Masterclass Online is a series of 10 sessions each lasting 60-90 minutes. The Masterclass provides an integrated understanding of ...
More info