(a) If the Vessel loads cargo in any US port or place, the Charterers shall comply with the current US Census Bureau Regulations (15 CFR 30) or any subsequent amendments thereto and shall undertake the role of carrier for the purposes of such regulations and shall, in their own name, time and expense:

(i) Have in place a SCAC (Standard Carrier Alpha Code);

(ii) Have in place an ICB (International Carrier Bond);

(iii) Provide the Owners with a timely confirmation of (i) and (ii) above; and

(iv) Submit a export ocean manifest by AES (Automated Export System) to the US Census Bureau and provide the Owners at the same time with a copy thereof.

(b) The Charterers assume liability for and shall indemnify, defend and hold harmless the Owners against any loss and/or damage whatsoever (including consequential loss and/or damage) and/or any expenses, fines, penalties and all other claims of whatsoever nature, including but not limited to legal costs, arising from the Charterers’ failure to comply with any of the provisions of sub-clause (a). Should such failure result in any delay then, notwithstanding any provision in this Charter Party to the contrary, the Vessel shall remain on hire.

(c) If the Charterers' ICB is used to meet any penalties, duties, taxes or other charges which are solely the responsibility of the Owners, the Owners shall promptly reimburse the Charterers for those amounts.

(d) The assumption of the role of carrier by the Charterers pursuant to this Clause and for the purpose of the US Census Bureau Regulations (15 CFR 30) shall be without prejudice to the identity of carrier under any bill of lading, other contract, law or regulation.

The Automated Export System (AES) is a joint venture between the foreign trade division of the US Census Bureau; the US Customs and Border Protection; and a number of other federal agencies. AES is the reciprocal system to the US Customs AMS (Advance Manifest System) covered by BIMCO’s newly published North American Advance Cargo Notification Clauses (formerly the US Customs Automated Manifest System (AMS) Clauses). New requirements to file electronically cargo export information came into force in the US in November 2008. The primary aim of the system is to ensure compliance with and enforcement of laws relating to exporting.

The AES procedures and requirements are very similar to those of AMS. As a number of members have requested BIMCO to draft an AES charter party clause it was decided to do this in connection with the revision of the US AMS Clauses. The resulting clauses are therefore closely modelled on the new Advanced Cargo Notification Clauses to ensure consistency and familiarity.

Under the AES system the carrier is required to submit along with his export manifest a confirmation in the form of an Internal Transaction Number (ITN) issued by the AES system on receipt of the Shipper’s Export Declaration. The ITN requirement is not specified in the clause as its inclusion should form part of the carriers’ compliance with the regulations and so should be covered by the general wording of the clause.

The AES Clauses have the same structure and share many of the same provisions of the BIMCO US Advance Cargo Notification Clauses. The following notes explain the key elements of the voyage and time charter clauses. Unless otherwise stated the comments apply to both clauses:

Sub-clause (a) requires the owners under a voyage charter party and the charterers under a time charter party to comply with the pertinent regulations (15 CFR 30) and to undertake the role of carrier for the purposes of the regulations. Whichever party is deemed carrier under the clause has the obligation to have a SCAC; and ICB and to submit a cargo export manifest.

In Sub-clause (a)(iii) the term “export ocean manifest” has been used to describe the bill of lading manifest information that the carrier needs to submit by AES.

Under Sub-clause (b) of the voyage charter party version, the charterers are obliged to ensure that the owners are furnished with the necessary cargo information to ensure timely compliance with the regulations.

The second paragraph of Sub-clause (b) of the voyage party edition indemnifies the owners for any loss or damage arising as a consequence of the charterers’ failure to provide the owners with necessary cargo related information for them to comply with the regulations. Subsequent delays are treated as laytime, or if the vessel is already on demurrage, as demurrage.

Under the time charter edition the indemnity in Sub-clause (b) is provided in respect of the charterers’ failure to comply with the provisions of Sub-clause (a) – i.e., having a SCAC, ICB and submitting cargo manifest information. If a delay to the vessel occurs as a result of the charterers’ failure, then the vessel will remain on hire throughout.

Sub-clause (c) of the voyage charter party edition is the reciprocal indemnity provided by the owners to the charterers to cover the consequences of failure on the part of the owners to comply with the regulations.

Under the time charter edition, Sub-clause (c) provides that the charterers will be reimbursed for any charges drawn on their ICB by the owners when the charges are solely the responsibility of the owners.

Sub-clause (d) in both Clauses expressly provides that, the assumption of the role of carrier does not prejudice the identity of carrier under any bill of lading, other contract or regulation. 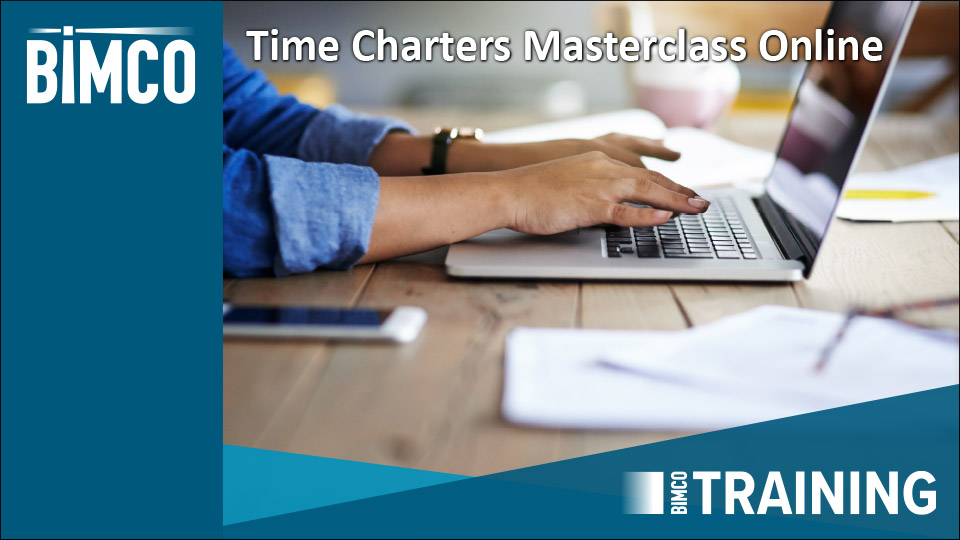