Liberty and Deviation Clause for Contracts of Carriage 2010

Liberty and Deviation Clause for Contracts of Carriage 2010

BIMCO Liberty and Deviation Clause for Contracts of Carriage 2010

(a) The Vessel shall have liberty to sail with or without pilots, to tow or go to the assistance of vessels in distress, to deviate for the purposes of saving life or property, and for any other reasonable purpose, which term shall include but not be limited to calling at any port or place for bunkers; taking on board spares, stores or supplies; repairs to the vessel necessary for the safe continuation of the voyage; crew changes; landing of stowaways; medical emergencies and ballast water exchange.

(b) If the Charterers requests any deviation for the Charterers' purposes and the Owners consent, such consent to be at the absolute discretion of the Owners, the Charterers shall indemnify the Owners against any and all claims whatsoever brought by the owners of the cargo and/or the holders of Bills of Lading against the Owners by reason of such deviation.

(c) Prior to giving any such consent the Owners may, at their option, require to be satisfied amongst other things that the Charterers has sufficient and appropriate P&I Club cover and/or if necessary, other additional insurance cover, in respect of such a requested deviation,

(d) This Clause shall be incorporated into any sub-charter and any bill of lading issued pursuant hereto.

BIMCO has recently conducted a review of the various Liberty and Deviation clauses that appear in BIMCO charter parties to update the wording to reflect current commercial and P&I Club practice.

As it currently stands the English law position on deviation is at odds with commercial practice and the application of liberty and deviation clauses often causes confusion among owners and charterers. Liberty and deviation clauses were originally introduced to provide for a liberty to deviate for the purpose of obtaining bunkers (in addition to deviation for the purposes of saving life and property permitted under common law); however, over time other types of deviation have become accepted practice.

BIMCO has decided to consolidate the liberty and deviation clauses found in various BIMCO documents and bring them up to date to reflect the current nature of deviations – such as crew changes, ship safety inspections and water ballast exchanges, as well as other contemporary issues requiring the ship to deviate.

A fundamental aspect of any deviation provisions is that when given effect it does not compromise P&I cover. In this respect the International Group of P&I Clubs has been consulted extensively during the review and a representative of a well-known P&I Club was actively involved in the drafting process.

P&I Clubs are often approached by their members asking whether their cover might be compromised irrespective of the breadth of the liberty and deviation clause in their contract, in case the deviation is determined by a court not to be reasonable. In particular, a P&I Club often finds that they have to determine whether they will carry the risk or whether specific additional insurance cover should be arranged for the shipowner. Of major importance to a P&I Club in making a decision on cover is the owners’ appropriate notice of the intended deviation and the subsequent discussion with the owners on whether additional insurance will be required.

The following explanatory notes summarise the key features of the Liberty and Deviation Clause:

Sub-clause (a)
The opening sentence of Sub-clause (a) begins with customary liberties in respect of which the owners do not normally have to consult their P&I Club for advice on cover, such as going to the assistance of vessels in distress and for the purposes of saving life and property. This is consistent with Article 4, Rule 4 of the Hague/Hague-Visby Rules. The Sub-clause goes on to deal with providing liberties for “any reasonable purpose” and gives a non-exhaustive list of examples of the types of common deviations that might be considered “reasonable” for the purposes of this clause.

It is important to note that the incorporation of this Clause does not mean that any of the “reasonable” deviations referred to are necessarily covered – it is essential that members check with their P&I Clubs to ensure that they have cover in place for the intended deviation for the avoidance of doubt.

The term “reasonable” is used in the same context as “any reasonable deviation” in Article 4, Rule 4 of the Hague/Hague-Visby Rules. In the event of a dispute, what will be considered a “reasonable deviation” will be determined by the courts; but the courts will be guided by indications of what is reasonable or not. As an example, a four day deviation to make a crew change for simple economic purposes (i.e., to save on air fares) may not be considered “reasonable” in the context of this Clause.

Sub-clause (c)
Sub-clause (c) provides an additional optional qualification for Sub-clause (b) whereby the owners, prior to agreeing to a deviation under Sub-clause (b), can if they so wish require the charterers to demonstrate that they have sufficient and appropriate P&I Club cover or other additional insurance for the requested deviation for charterers’ purposes. If the deviation is “reasonable” then it is fundamentally a P&I liability; therefore if it was not “reasonable” then an additional insurance needs to be taken out on the back of the P&I cover.

Sub-clause (d)
Sub-clause (d) is an essential feature of the Clause and requires it to be incorporated into all subcharters and bills of lading. This has been done to ensure consistency and a proper chain of responsibility. This issue is of particular importance in the context of contracts of affreightment.

However, as noted above, this revised Liberty and Deviation Clause comes with the caveat that incorporating the clause into a contract of carriage does not guarantee P&I Club cover in respect of the specified events. P&I Clubs will determine whether there is cover on a case by case basis as is the current position.

Finally, it should be noted that this Clause is designed for use in voyage charter parties and bills of lading. Although the Clause may be fairly easily adapted for time charters, it is BIMCO’s intention in the near future to develop a suitable purpose-made wording for incorporation into time charter parties.

Originally published in BIMCO Special Circular No. 2, March 2010 - Liberty and Deviation Clause for Contracts of Carriage

BACK TO: Lay-Up Clause NEXT: Lien Clause for Time Charters - Recommended Additional 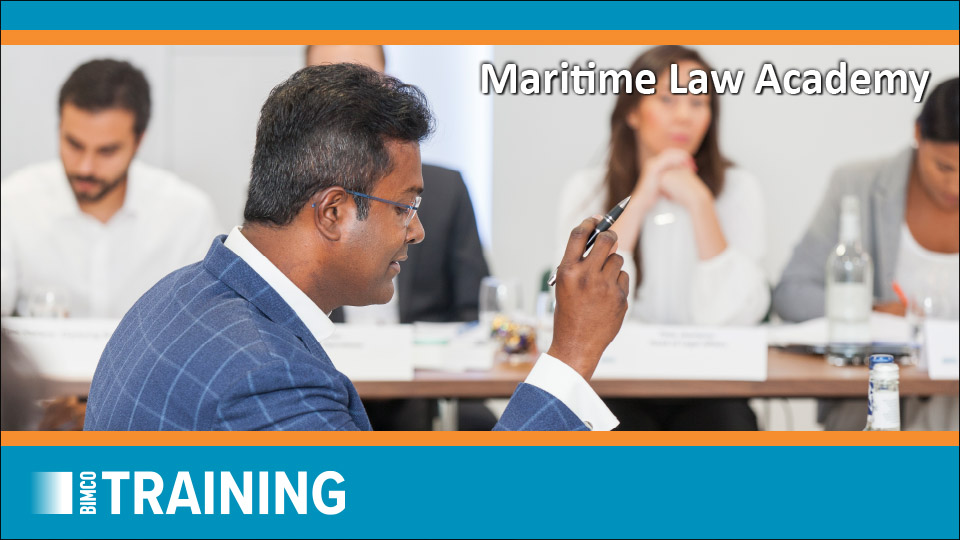