BIMCO's position on "Biofouling management" has been approved by the BIMCO Board of Directors.

In October 2001, the International Convention on the Control of Harmful Anti-fouling Systems on Ships (AFS Convention) was adopted by the International Maritime Organization (IMO). It sets forth requirements to prevent direct adverse impact on the environment from use of anti-fouling systems on ships. In July 2011, IMO also adopted a set of Guidelines to provide a globally consistent approach to managing biofouling reduction. In 2019, a revision of the IMO Guidelines was initiated.

High levels of fouling on a ship's hull and propeller significantly increases its drag resulting in poorer hydrodynamic performance and increased fuel consumption, which has a negative effect on a ship’s GHG emissions. There is therefore a strong economic as wells as an environmental incentive to combat biofouling.

According to the BIMCO Hull Fouling Clause, if as a result of the charterer’s orders, the ship lies idle for an extended period where hull fouling is likely to occur, the owners’ speed and performance warranty will be suspended until the hull has been inspected and, if necessary, cleaned at the charterers’ expense.

An industry group led by BIMCO has initiated the development of an in-water cleaning standard to enable and increase the quality and safety of in-water cleaning. It will ensure that in-water cleaning can be carried out in an efficient and environmentally sustainable way by ensuring the collection of materials and effluent.

Contact online
BACK TO: Safe and efficient navigation NEXT: Autonomous ships 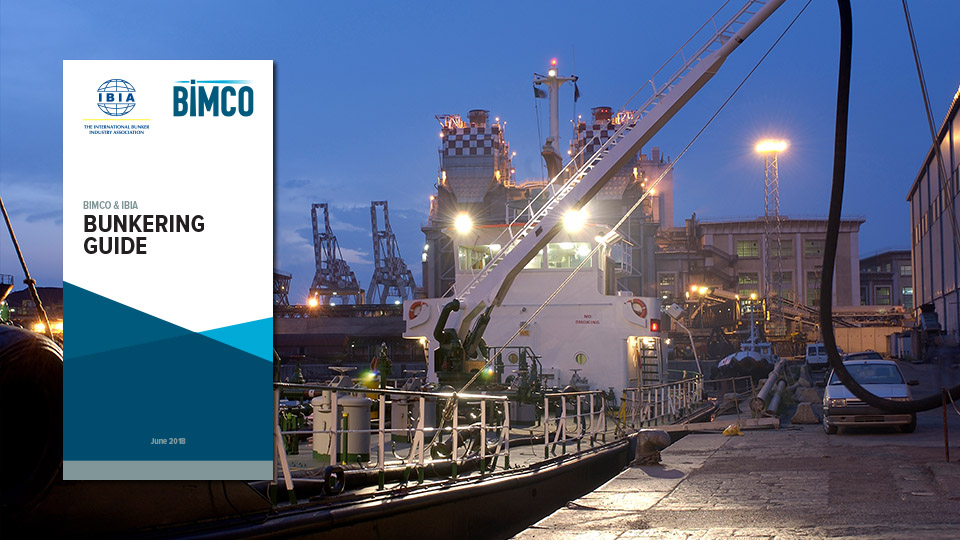 An easy at hand guidance to help seafarers involved in bunkering operations to act in compliance with the appropriate regulations and industry best practices.
More info