BIMCO has received numerous enquiries from members uncertain about how the Novel Coronavirus outbreak will impact contracts. The following includes some general remarks, but it is important to evaluate carefully each situation on its own merits.

BIMCO has received numerous enquiries from members uncertain about how the Novel Coronavirus outbreak will impact contracts. The following includes some general remarks, but it is important to evaluate carefully each situation on its own merits.

Regarding voyage charter parties, the charterers must, as a starting point, have the cargo ready for shipment as agreed. In the event the cargo is not ready, it will depend on the contractual terms who will bear this risk. Contracts often contain clauses, sometimes in the form of riders, which regulate responsibilities and delays, for example, in the form of a general exceptions clauses or force majeure clauses.

In respect of force majeure clauses, it is important to note that if the contract is governed by English law, a force majeure event will only have the meaning it has been given in the contract. This is because English law does not recognise force majeure as a freestanding legal concept. Under other jurisdictions, mainly those based on civil law, force majeure exists as part of the underlying law.  It should also be noted that even if the shippers or other parties on the cargo side can invoke force majeure against the charterers under the sales contract, this does not necessarily mean that the charterers have the same right under the governing voyage charter party. Unless expressly stated, laytime and demurrage will continue to run during a force majeure event. It is therefore important to scrutinise any applicable exceptions or force majeure clauses to see if they regulate the running of time.

Another matter to consider is of course if the ship can get to the agreed destination or if, for example, there are quarantine restrictions preventing the ship from becoming an “arrived ship”. In the latter situation, the risk will likely lie with the owners. Generally, we think problems will not necessarily be related to ships being refused in a port but rather to situations where the crew has been to China within a certain period of time and will therefore not be allowed to go ashore. In such situations, the ship may not be prevented from tendering a valid Notice of Readiness to trigger the start of laytime.

Once laytime has commenced it is necessary to look at the express terms of the contract to determine if time will run unaffected by the actual situation at the port of loading or discharge, or, if the parties have agreed on terms which allow the charterers to suspend the running of laytime.

Concerning negotiations of future fixtures, it is vital to examine all such terms in detail to evaluate the risk of delay and establish how it will be allocated. Several weeks of delay without any possibility to get demurrage will “kill” many business propositions.

We encourage members to study the information currently available related to the relevant ports and countries, and to consider what future impact this may have. The latter is inherently difficult to predict and so it is very important to take a close look at the terms of the contract to clarify how the risk is allocated between the parties.

Under time charter parties, the charterers will generally have assumed the role of the operator and accepted the commercial risks of performing the relevant voyage charter parties. There will, of course, be situations where the owners could be responsible for the time lost if the charterers can bring themselves within the off-hire clause. Another issue could be if the vessel has called at a Chinese port before delivering into a time charter and a delay is caused as a result.

BIMCO recommends the incorporation of the BIMCO Infectious or Contagious Diseases Clause for Voyage Charter Parties 2015 and the Infectious or Contagious Diseases Clause for Time Charter Parties 2015. Members can view the explanatory notes to both clauses on our website and the following article published two weeks ago is also relevant in this context:
Novel Coronavirus outbreak – check your charter party terms

As a final point, some members have asked if the vessel is delayed in the load port can they claim that the contract is frustrated? Frustration is an English law concept which operates automatically to terminate a contract where, after its formation, an unforeseen event occurs which makes further performance impossible, illegal, or something radically different from what was originally contemplated by the parties. Frustration will not apply where the parties have made express provision for the risk event that occurs, for example in a force majeure clause. Whether the event amounts to frustration will be determined by examining the event in the light of the terms and context of the contract. Frustration is very restrictively used and it is highly unlikely that it can be relied upon for delays or financial inconvenience due to the Novel Coronavirus.

Contact online
BACK TO: Poor condition of returned barges triggers BARGEHIRE update NEXT: Have your say on BIMCO’s offshore accommodation charter 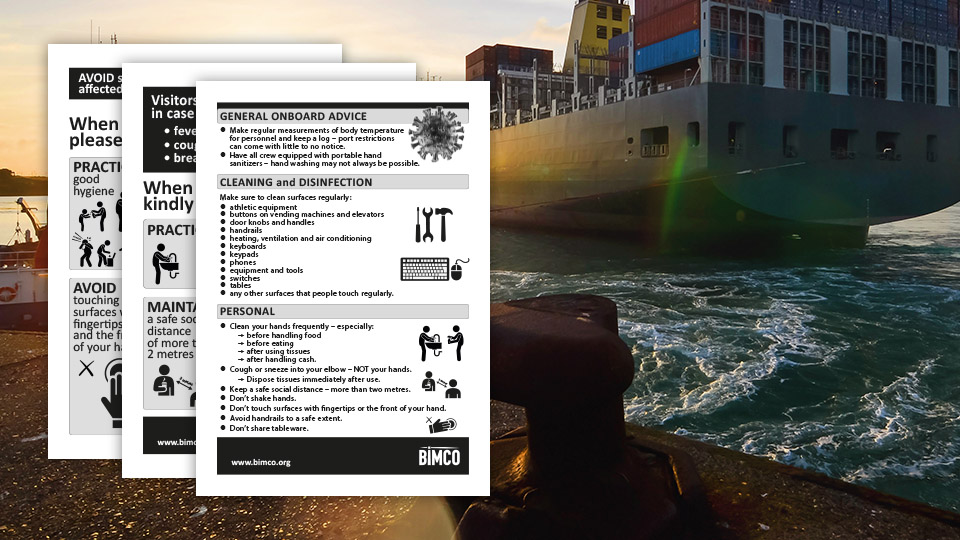