On Friday April 10, 2015 the freight rate including ocean freight and surcharges, i.e. was quoted at USD 466 per TEU for the Shanghai to Europe trading lane. This is the lowest on record since the 2009.

The new all-time low point comes on the back of deteriorating exports from China for three months running in 2015. Export were down by 15% in March y-o-y. Moreover, Imports dropped too to the extent of 12.3%. The link between the global economics, external trade and the shipping industry is once again clearly felt in the freight market.

The challenges mount again on the Europe bound trade
Chief Shipping Analyst at BIMCO, Peter Sand, says: “striking the right level of supply to match the actual demand for transportation on this key container ship trade route has proven impossible recently. The re-activation of almost the entire idle fleet during the autumn, in a combination with the continued inflow of new Ultra-large container ships on the Far East to Europe trades has yet again, developed a situation where overcapacity sours the freight market.”

In early December, BIMCO wrote: “Following the return of great volatility in freight rates, it is bound to take some time for market conditions to re-establish a more stable market. This is especially true in a declining market, where absolute volumes are reduced in Q1.” “When adjusting supply, being “caught out” just behind the curve may lead only to falling rates, despite an attempt to strike the balance.”

Following a brief rise in freight rates on Shanghai to Europe in the first half of January, going from USD 975 per TEU to USD 1,256 per TEU, freight rates have only slipped since. Lately, it proved impossible to negotiate higher freight rates, despite the announced general rates increases (GRIs) by most liner companies from April 1. 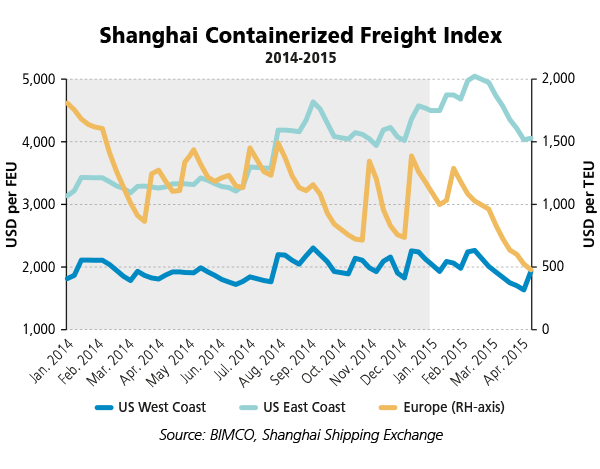 Mixed fortunes on US-bound trades
The other major destination for Chinese manufactured goods, the US saw a change in fortunes last week as both freight rates for US East coast bound as well as West coast bound containers rose. The rise ended a seven-weeks run of falling freight rates, as the liner companies were able to negotiate higher freight rates with its customers on the back of widespread GRI announcements.
The Shanghai to US East coast came down from an all-time high level at USD 5,049 per FEU to USD 4,057 per FEU last week, while the freight rates for US West coast bound containers have been more static, yet slightly volatile around the USD 2,000 per FEU mark since start of 2014, currently quoted at USD 1,932 per FEU.
Chinese exports a mainstay in the container shipping market
Chinese exports are driven by foreign demand, and the US is currently in the strongest position with consumer demand growing firmly. In Europe, consumer demand in the southern part particularly, is more tepid. Nevertheless, the drop in exports from China seems to be quite steep and may not fully reflect the current state of demand but merely suggests that overall demand growth in 2014 was stronger that actual fundamental consumption.
“The Chinese manufacturing sector has been facing serious headwinds in 2015 with new orders declining three month in a row for the first time ever, according to Markit. New export work fell too in March. Still, it is likely that absolute export levels are lifted again in second quarter as purchasers gear up to the peak container season in the third quarter. If the supply side, by then, matches the demand side better, earnings should improve for owners and operators”, adds Peter Sand. 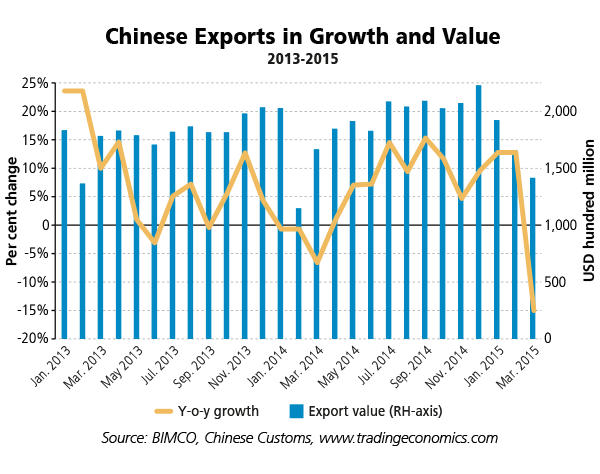 Contact online
BACK TO: HSN Interview: Worst is over for the dry bulk market, but the pain will remain NEXT: Chinese slowdown confirmed in Chinese and IMF data 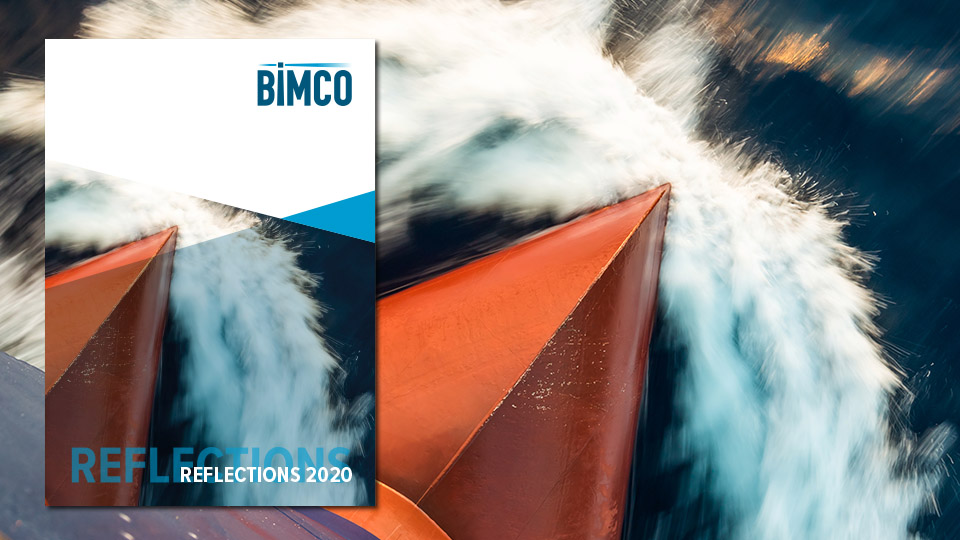