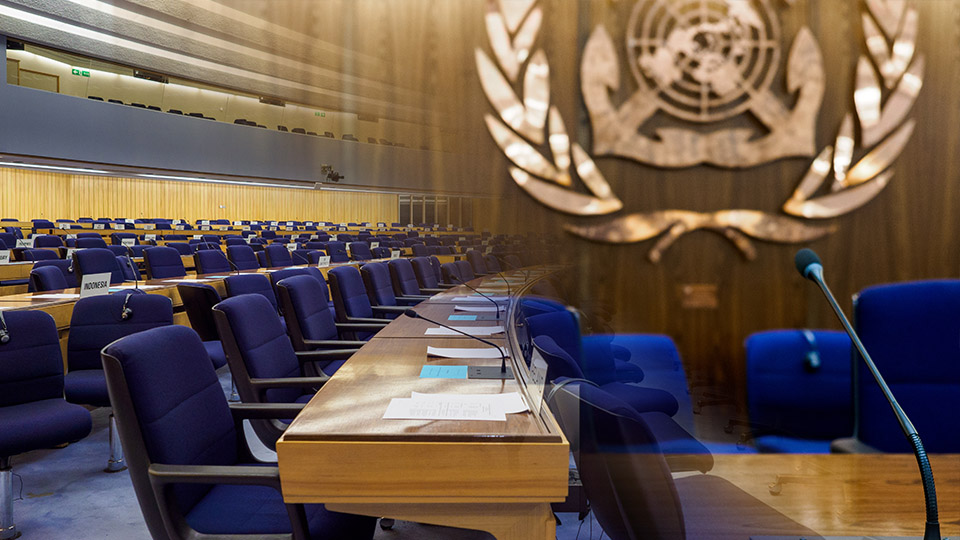 Following COP 26, it was no surprise that most of the time spent on the deliberations at the 77th meeting of the IMO Marine Environment Protection Committee (MEPC 77) focused on GHG reductions from international shipping. Nevertheless, the committee still managed to make progress on ballast water management, marine plastic litter from shipping, black carbon in the Arctic and exhaust gas cleaning systems.

The IMO Secretary General opened the 77th meeting of the IMO’s Marine Environment Protection Committee (MEPC 77), held from 22 to 29 November 2021, with a statement that “COP 26 is still very fresh in our minds, emphasizing that we are no longer considering climate change as it will impact future generations, but with the very real and present threat to our generations.”

Clarifying a level of ambition on GHG reductions

COP26 put shipping on the international climate radar unlike any COP before it. While the momentum was not entirely carried over to the discussion at MEPC, there were some discussions on the clarification of the ambition of the existing GHG strategy (2018) as well as discussions on its revisions. While there appeared to be, in principle, broad support for net zero emissions by 2050, Member States were unable to adopt a resolution proposed by Kiribati, Marshall Islands and Solomon Islands to reach zero GHG emissions no later than 2050. However, the Committee recognised the need to strengthen the ambition of the strategy during the revision process - with the review to be finalised at MEPC 80 in 2023.

The establishment of the International Maritime Research and Development Board, and IMO Maritime Fund

MEPC 76, held earlier in 2021, did not have enough time to consider in detail the establishment of the board or the fund. However, to address concerns that had been raised at that meeting, an updated paper, co-sponsored by BIMCO, was submitted to MEPC 77. There was increased support for the proposal to establish the board and the fund but whilst many delegations saw merit in the establishment of an International Maritime Research and Development Board (IMRB) in principle, many other delegations opposed the approval of the proposal because of remaining concerns related to, inter alia, technology transfer, redistribution of funds, governance mechanism and access to R&D. The Committee instructed the 12th meeting of the Intersessional Working Group on GHG (ISWG-GHG 12) to further consider the proposal for an IMRB and associated fund as part of its consideration of proposals for mid-term measures. BIMCO will continue to support the establishment of an IMO Maritime Research Board to fund innovation, paid for by a mandatory contribution on fuel used by ships.

Member States expressed that all proposals for mid-term measures should be kept on the table for the moment with it considered possible that there would be a basket of measures and approaches, ie technical or operational measures, or a combination thereof. The importance of initiating initial impact assessments of the various proposals and assessing both negative and positive impacts on States of the various proposals at an early stage was considered important to facilitate future discussions. The Committee agreed to forward proposals for both concrete measures and for guiding principles to ISWG-GHG 12 for further consideration. Additionally, proponents of measures and principles were urged to engage in active dialogue to better understand the potential impact on States.

BIMCO had submitted a proposal to MEPC 77 to extend the experience-building phase (EBP) associated with the International Convention for The Control and Management of Ships’ Ballast Water and Sediments, 2004 (BWM Convention). At the time of the submission of our proposal, and as per update from IMO, only five member states had submitted data, representing approximately 200 ships. MEPC 77 was subsequently advised there had been substantial further data collection through the World Maritime University with 35 Member States and seven other stakeholders contributing data, representing approximately 15,000 ships. Most of this data was made available in September and October, after BIMCO’s EBP extension proposal. This data is now being analysed with a view to submission of the full data analysis to MEPC 78. As such all proposals under this item, included the BIMCO proposal to extend the EBP have to postponed to MEPC 78.

BIMCO was mainly concerned that the EBP will move into the analysis stage with only a limited amount of data in hand. However, if significant data has been submitted, it makes the analysis stage much more robust and BIMCO is confident that meaningful results can be obtained which can be further used to review the BWM Convention. BIMCO will assess the update on this at MEPC 78 and decide on how to proceed with the extension proposal.

The Ballast Water Review Group a (splinter group within MEPC) discussed the issue of the challenged water quality in certain ports. However, a significant number of issues made it unfeasible for the group to conclude its work. Issues still needing to be addressed included, for example, concerns relating to the potential bypassing of BWMS and acceptance criteria, the practice of ballast water exchange plus treatment (regulatory, technical and safety implications), concerns that such guidance may provide opportunities for ships to knowingly install systems not suitable for their operating profile, issues relating to allocation of accountability and responsibility in relation to non-compliant discharges and whether the inoperability of the BWMS could be reasonably predicted and resolved. The Committee invited Member States and international organisations to submit further proposals on measures that may be taken when BWMS encounter challenging uptake water quality to enable the work to be completed.

MEPC 77 approved unified interpretations clarifying the dates related to mandatory commissioning testing in accordance with MEPC.325(75). Commissioning testing should be conducted if the initial or additional survey is completed on or after 1 June 2022. For those ships that have their initial or renewal survey planned before this date, they will have to comply with the requirements of their respective administrations.

MEPC 77 strengthened the commitment to act on marine plastic pollution by adopting the “Strategy to Address Marine Plastic Litter from Ships” which sets an overarching aim to achieve zero plastic waste discharges to sea from ships by 2025. The future direction of the priorities will very much centre around outcomes of a proposed study on marine plastic litter, (macro and microplastics) from all ships. Whilst the original Terms of Reference (TOR) of the study had been agreed by MEPC 74 the Committee agreed that in light of a new report from the Group of Experts on the Scientific Aspects of Marine Environmental Protection (GESAMP) that they should be looked at again with a recommendation on the way forward for the study to go to MEPC 78.

MEPC 77 supported that a requirement in MARPOL Annex V to have a Garbage Record Book should be mandatory for ships between 100 and 400 GT. The PPR sub-committee was instructed to prepare draft amendments to MARPOL accordingly.

BIMCO will continue to follow the work on marine plastic litter at the IMO and keep our members informed of any development whilst continuing our own efforts to leading a campaign to phase out of single use plastic bottles on ships and undertaking a series of activities to understand shipping’s contribution to microplastic pollution.

MEPC adopted a resolution on 2021 Guidelines for Exhaust Gas Cleaning Systems (EGCS), which been developed to allow for the testing, survey, certification, and approval of such systems. Additionally, a circular (MEPC.1/Circ.883/Rev.1) on Guidance on indication of ongoing compliance in the case of the failure of a single monitoring instrument, and recommended actions to take if the exhaust gas cleaning system (EGCS) fails to meet the provisions of the EGCS Guidelines was approved.

The work related to discharge water from exhaust gas cleaning systems (scrubbers) has been on hold since the beginning of 2020. The Committee considered the scope of work which will address issues such as risk assessment and enhanced harmonisation when assessing the risks and possible harmful effects of EGCS discharge water, as well as a guideline for the evaluation of possible harmful effects of the discharge water from EGCS, guidance regarding the delivery of EGCS residues to port reception facilities regarding volumes and composition of residues, an assessment of the state of technology for EGCS discharge water treatment and control and identification and development of as appropriate regulatory measures and instruments and Establish a database of substances identified in EGCS discharge water, covering physico-chemical data, ecotoxicological data and toxicological data, leading to relevant endpoints for risk assessment purposes. However, it was also decided to retain the target completion year of 2022 which only give the Sub-Committee on Pollution Prevention and Response (PPR) one meeting to initiate and finalise the work. BIMCO will continue to monitor developments of this area and continue to maintain a list of regional and local restrictions for members. See here BIMCO issues updated list of restrictions on scrubber wash water discharge.


Black Carbon in the Arctic

MEPC 77 adopted a resolution on Protecting the Arctic from shipping black carbon emissions. The resolution recognises that Black Carbon is a potent short-lived contributor to climate warming. However, there was understanding that the development of goal-based guidelines and any mandatory control measures will require further work and time and as such the resolution urges ship operators to voluntarily use distillate or other cleaner alternative fuels that are safe for ships and could contribute to the reduction of Black Carbon emissions from ships when operating in or near the Arctic.