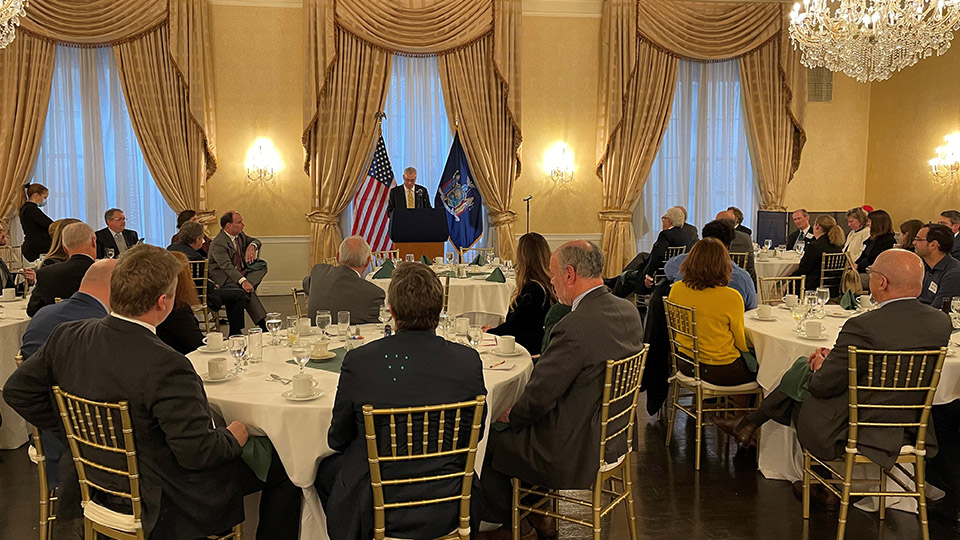 The joint subcommittee established by BIMCO and the Association of Ship Brokers & Agents (U.S.A.), Inc. (ASBA) met this week in New York to continue its revision of the much-used voyage tanker charter party, ASBATANKVOY, which was last updated in 1977.

The meeting was the first in-person drafting session of the subcommittee which, due to the COVID-19 pandemic, has met online since the project was launched in June 2021.

“Revising one of the tanker industry’s preferred forms is in itself a daunting task and I am therefore glad that we have now finally had the opportunity to meet and discuss face to face as this has made it possible for us to make significant progress in the drafting,” says Stephen Harper, Head of Legal – Shipping at BW Group and BIMCO co-chair of the subcommittee.

Drafting continued at the New York meeting in line with the objective of developing a modern and user-friendly standard charter party which will find acceptance in the market. This will require revision of some of the 1977 form’s existing clauses and inclusion of additional provisions in the form that does not, in its current version, take into account issues such as inert gas systems and crude oil washing.

“It is key for the success of the revised ASBATANKVOY that we strike the right balance between the need to reflect modern tanker trade while acknowledging that ASBATANKVOY’s success over more than four decades is due to its simplicity and brevity. Also, we should take great care not to unduly change provisions which have been tried and tested by longstanding case law,” says Søren Wolmar.

The ASBATANKVOY meeting was held back-to-back with a US Society of Maritime Arbitrators event where the project was introduced to the more than 60 participants (pictured).

The next meeting will take place online in April and the revised form is scheduled for adoption and publication in the first half of 2023.